With money in sight, ABC changes stance towards Google and Facebook 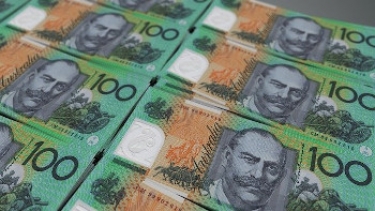 The ABC has markedly changed its stance towards Google and Facebook, now that the ACCC is pushing for the digital platforms to pay news organisations for using their content.

As iTWire reported, back in May 2018, when submissions were being made to the Australian Competition and Consumer Commission's inquiry into digital platforms, the ABC projected itself as an organisation that could continue to function as it has in the past despite the level of digital disruption.

This was in sharp contrast to the submission made by News Corporation which did not mince its words in blaming Google, Facebook and Apple, for the difficulties faced by media organisations.

Now the ABC appears to have changed its tune. In a submission to the ACCC's discussion paper on a mandatory code for the way digital platforms pay news organisations for content — leaked to friendly media outlets which give it unquestioning coverage free of context — the taxpayer-funded broadcaster has said it wants direct payments from both Google and Facebook for using its content.

This comes at a time when the ABC is about to announce staff sackings due to cuts in its government funding. That money from Google and Facebook would come in handy now, it appears.

The other public broadcaster, SBS., also wants payments from the digital giants, but at least SBS was not trying to mollify either Google or Facebook in its May 2018 submission.

At that time, it mentioned Google just once, but made one criticism of Facebook, namely that The Feed, a current affairs program targeting youth, had experienced a 50% fall in traffic in its reach on Facebook after Facebook made changes to its algorithm in January.

Back in May 2018, the ABC said it had partnerships with these digital platforms and also Apple that were helpful.

It outlined these partnerships as below:

It is unlikely that either News Corporation or Nine Entertainment — which now owns former Fairfax Media publications The Age, The Sydney Morning Herald and the Australian Financial Review — would agree that the ABC or SBS should receive a single dollar from either Google or Facebook.

There is some logic to this: neither News nor Nine receives any taxpayer money to run their publications (or TV channels in the case of Nine). The ABC and SBS will have to take their begging bowls elsewhere.

More in this category: « Hats off to Mimecast for adding a dose of reality to cyber claims Cyber attacks: experts come out of the shadows to vent at length »
BACK TO HOME PAGE
back to top