Windows ransomware is a nice little earner for Microsoft 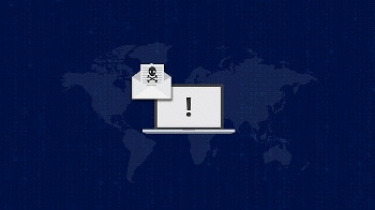 Image by vishnu vijayan from Pixabay

One reason why Microsoft stays silent about ransomware attacks on its Windows operating system is because the company makes money when it is called in to help tackle such attacks which are increasing all the time.

The Norwegian firm Norsk Hydro, which was hit by the LockerGoga ransomware in March last year, has been the biggest company to suffer from this scourge in recent times and has been affected to the tune of about US$75 million.

Overnight, Microsoft wrote a glowing blog post of the way this company has tackled the attacks, including the fact that Redmond had been called in to offer assistance.

Remarkably, the blog post, which runs to 1765 words and is peppered with pictures, does not mention the word Windows even once!

iTWire has confirmed from Norsk Hydro that Microsoft was paid for this assistance.

So a company that is responsible for a problem of this magnitude can come in, write glowing accounts of its involvement, and then also pocket a fee. Sounds like a great way to make some moolah. The word "shame" has no place in this era and needs to be deleted from the dictionary.

One of the defences mounted when one mentions Windows and ransomware in the same breath, is that any operating system which has such a large number of users would be under similar attack. But then why isn't Android under a ransomware cloud?

Google's mobile operating system has more than twice the number of users that Windows has and is present on laptops, tablets and mobiles. And many of those mobiles are used much more than PCs or Windows laptops; they have become, for many, a primary computing device.

No, the ransomware scourge is entirely due to the appalling security that Windows offers – if, indeed, it offers any at all.

As the ransomware plague spreads, it seems likely that this will become another revenue stream for Microsoft. As iTWire reported on Monday, at least 948 government agencies, healthcare providers and educational establishments were hit by ransomware this year affected at a cost estimated to be about US$7.5 billion.

One can write ransomware for other operating systems too – macOS, Linux, Android, iOS and the BSDs. But they are of no use to an attacker unless one can gain administrator status on a machine.

In the case of Windows, there are numerous components, which are part of the operating system and which cannot be removed, that are vulnerable. It is probably the main reason why nobody in authority at Microsoft ever mentions the word Windows these days.

That the company is aware of this is evident from the fact that it has even ditched its own operating system when it comes to mobile phones – next year, Microsoft will be releasing a phone that runs Android. This is the ultimate condemnation of Windows, something like a man disowning his own child.

Security companies are also to blame, as they hit idly by and reap the monetary rewards that come from remedying these ransomware outbreaks. The more, the merrier, is their motto. No security firm will ever say a bad word about Windows, count on it.

The tech media, too, are complicit in this covering up of the fact that without Windows, there would be little or no ransomware. These worthies even avoid mentioning the word "Windows" when reporting about ransomware. To them, these are "computer malware".

Some strains of ransomware have been recently observed to have now adopted the additional trick of exfiltrating files from systems that they infect. Looks like 2020 will be a year of increasing returns for the security industry. And, lest one forgets, Microsoft will share in that bounty too. The future looks so bright we might have to start wearing shades.

More in this category: « Govt fearful of power wielded by global digital giants China-bashing likely to intensify after the year turns »
Share News tips for the iTWire Journalists? Your tip will be anonymous