Will Bill Morrow see the NBN rollout through? 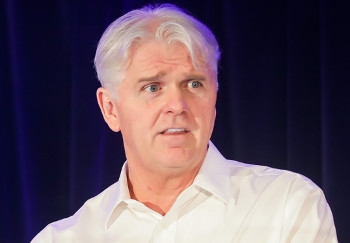 This week, Bill Morrow, the chief executive of NBN Co, the company rolling out Australia's national broadband network, did something he's never done before: he made a statement that ruffled the feathers of his masters in Canberra.

Morrow raised the issue of NBN profits and expressed doubts that it ever would make money unless the government provided some form of protection.

Pointing out that the company was making $43 per user per month and it needed $52 to break even, Morrow said: "We, NBN [Co] and the board, are betting that future applications are going to bring more value into homes, that they are going to need more bandwidth or more data and that the retail service providers will pay us more."

This was a gamble the company had taken, he said, and if it did not work out then it would have a problem.

This is the first time that Morrow has ever had a negative thing to say about the NBN and its prospects; he has always been a sunny-side-up person. Some would call him a PR practitioner par excellence.

These statements left the government flat-footed and it resorted to its usual game – blaming the Labor Party for the woes of the NBN. 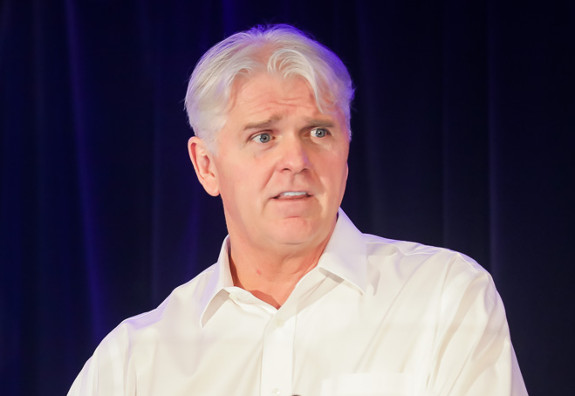 The fact, however, remains that with each passing day, the realisation that at least some of the billions spent on the NBN will have to be written off is growing. The government is unwilling to put it on-budget because that would add to the existing deficit and give Labor a talking point with which to beat it.

Thus far, Morrow has followed the wishes of his masters in Canberra. The best incentive to do so is the $3.3 million a year that he collects for what some would say is an incompetent performance. But like his masters, he has so far been comfortable in blaming the past.

Morrow's 457 visa runs out next year and will have to be renewed. Until now, there was no doubt in my mind that it would be a formality.

But now that the man himself has started digging up his own pitch, one has begun to wonder: has Morrow decided that there is too much flak to cop and that he would much rather go back to the US with his millions?

Has he started creating the grounds for his own dismissal so that he is under no pressure to quit himself? After all, with all the blame that is - justifiably - thrown at NBN Co and its operations, there must be a point at which Morrow takes stock and wonders if it is all worth the trouble.

He has been around in high-paying jobs for awhile, at Vodafone before he got the NBN Co gig, so he would have some moolah stashed away.

Will he be around to see the completion of this famous rollout? I would ask some bookmaker for odds before the prices get too low.

More in this category: « Four Corners NBN programme: what's wrong with the ABC? CSIRO believes only Apple users need to eat more veggies »
Share News tips for the iTWire Journalists? Your tip will be anonymous