Welcome to your daily tech news, courtesy of the CIA Featured 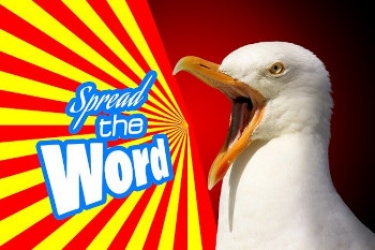 Image by Javier Rodriguez from Pixabay

In what appears to be a first, a CIA-bankrolled threat intelligence firm has set up a "tech news" outlet to spread its wares.

Recorded Future's association with the American intelligence agency is described in this way by Wikipedia: "The company has close links with In-Q-Tel, CIA’s investment arm, and Google Ventures, who were both early investors."

The news., or rather propaganda, outlet, is known as The Record. Surprisingly, its "stories" are being taken seriously by aggregation sites like Slashdot.

But then a large number of journalists, both from the general and technology beats in the US, operate as mouthpieces for American intelligence agencies.

In the past, the CIA was known for getting journalists onside using an operation that came to be known as Mockingbird. That continues apace today though not under the same name; only last month, investigative journalist Glenn Greenwald wrote a long article about Natasha Bertrand, a new face at CNN, but an old hand in spreading CIA propaganda.

Another well-known, but lesser written about phenomenon, is the fact that many security companies attribute the source of malware they track down based on what their contacts at intelligence agencies tell them.

And those sources will always be countries like Russia, China, North Korea and Iran, nations that are on the US blacklist.

Recorded Future has also announced a partnership with Avast, a Czech multinational cyber security software company headquartered in Prague. It has also got ties to another East European security firm, Bitdefender. Anotther firm in which the American spy agency has invested is Kasada, which, incidentally has another notable investor: former Australian prime minister Malcolm Turnbull.

The Record has hired two former security writers, Adam Janofsky and Catalin Cimpanu, to staff the publication. The former worked for the Wall Street Journal for a while, while Cimpanu put in stints with Bleeping Computer and ZDNet. While some reports they write are the same bread-and-butter ones that emerge based on the "findings" of security firms — and which are also written up by many other regular tech outlets — there are others which are clearly being fed to drive this narrative or that.

These include reports like this, which clearly serve to cast doubt on Chinese groups. And without any trace of shame, we have the spectacle of a journalist quoting someone working for his parent company, completely forgetting that one who does this has no credibility at all.

But then most outlets are only too happy to vomit out the leaks from intelligence agencies and law enforcement sources, with no questioning at all. CyberScoop is another of these outlets which serves as a good outlet for US government propaganda.

Exactly why Recorded Future decided to branch out this way is not known. But it is very likely that the decision was taken because the organisation was not getting the publicity it thought its "research" merited.

I met two of the Recorded Future staff in Melbourne in 2019, having exchanged business cards with the founder, Christopher Ahlberg, at a talk during the Kaspersky Security Analyst Summit in Cancun in 2018.

But the "research" that the company publishes seems a little too cute at times. Just before the summit of the Koreas in 2018, Recorded Future published a blog post about North Korean activities in cyber space.

Another report, issued just before former US president Donald Trump was due to pronounce on the Iran nuclear deal — he cancelled it — claimed that Iran would retaliate by stepping up its online attacks. Nothing of the sort happened.

Both the North Korean attack report and the Iran one were sent to iTWire prior to publication; we ran the former, but then I thought the second one looked just too much of a coincidence. So I held off.

The American intelligence agencies push their wares in a much more expansive way through cable TV channels like MSNBC and CNN, where former spies figure quite often as talking heads. John Brennan, Michael Hayden, Asha Rangappa, James Clapper, Malclom Nance... the names go on and on.

In 2003, the US and a number of other countries went to war in Iraq based on bogus information spread by intelligence agencies. More recently, when Trump floated a plan last year to pull American forces out of Afghanistan, a bogus story about Russia offering the Taliban incentives to kill American soldiers gained a lot of currency in numerous outlets.

[With all the chaos that the Americans have created in Afghanistan, it is amazing that people still believe that one needs to pay any Afghan to attack them.]

With all the talk about fake news, it is somewhat surprising that people pay little attention to this growing trend of spreading whatever propaganda is the flavour of the day. Maybe another adventure like the Iraq one is needed to bring people to their senses.

More in this category: « Victoria MPs set to debate 'world's worst EV policy' ABC demands your details to show you iview content you funded »
Share News tips for the iTWire Journalists? Your tip will be anonymous