Voting machines pose more problems in US elections than outside actors 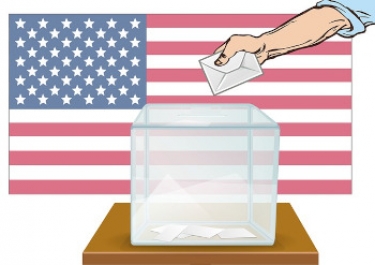 The US Department of Homeland Security issued a warning on Tuesday that Russia may try to "sow discord, distract, shape public sentiment, and undermine trust in Western democratic institutions" in the run-up to the presidential elections which are now four weeks away.

Warnings about Russia began quite some time ago. It is not uncommon for nations to take an interest in elections in other states and the US certainly is not backward in this regard. But if truth be told, the American system poses a much greater danger to the electoral process than any external power.

With no central body to run the election, every state is free to do things as they please. Many use voting machines, some for the actual voting process, others to tally the count from paper ballots after they have been marked by voters.

These machines have often been shown to be dodgy. In 2006, an HBO documentary titled Hacking Democracy revealed that during the 2000 presidential poll, a machine in Volusia County in Florida had been found to show 16,022 negative votes for Al Gore.

Curiously, though there were numerous questions on the ballot sheet apart from the choice of president, these negative votes were found to be only in the presidential poll.

This aberration was attributed to a faulty memory card by Washington Post reporter Dana Millbank.

According to a report about the incident, "Global Election Systems' (which was later purchased by Diebold, maker of the machines) own technical staff were also stumped by the events in Volusia County".

A private citizen, Bev Harris, who investigated the anomaly and later published a book about it, had this to say: "If you strip away the partisan rancour over the 2000 election, you are left with the undeniable fact that a presidential candidate conceded the election to his opponent based on [results from] a second card that mysteriously appears, subtracts 16,022 votes, then just as mysteriously disappears."

A Finnish expert on election hacking, Harri Hursti, who appeared in the 2006 documentary, figured extensively in a 2020 documentary titled Kill Chain: The Cyber War on America's Elections. This film, which looked at the 2016 poll, showed that voting machines could easily be hacked.

Voting machines have been tested out at the annual hackers conference, DEFCON, for some years now. In 2019, the security professionals who visited the so-called Voting Village were able to easily gain access to all machines which were presented for experimentation.

The manufacturers of these machines are not enthusiastic about these efforts. Now, a law known as The Defending the Integrity of Voting Systems Act has been passed which would criminalise ethical hacking conducted by security researchers. It is awaiting a presidential signature.

Casey Ellis, chief technology officer and founder of crowd-sourced cyber security platform Bugcrowd, said of this law: "By enacting The Defending the Integrity of Voting Systems Act, the US government might seek to deter adversaries from meddling with the voting process, but instead the biggest impact they will have is chilling and potentially criminalising the actions of good-faith hackers conducting security research to help secure the election process.

"Another question that remains is whether this new bill will now make ethical security research of second hand and aftermarket voting equipment illegal by putting these machines into the protected computer class? If so, this bill will have practical impact on the ability for voting machine security research to be conducted in the first place."

Apart from the problems with voting machines, the whole US system is not geared towards helping people to vote. While the government pays lip service to democracy, it continues to hold the election on a Tuesday which makes it difficult for people to turn up and vote; many have to take leave in order to do so and given the number who are in casual work, this is a big ask.

There is constant gerrymandering of voting districts to tilt the preferences of a region one way or another.

A film titled Struggle, which this writer viewed at a small theatre in Columbus, Ohio, in 2012, detailed how political operatives had influenced the vote in Ohio in 2004 to favour George W. Bush.

And in 2000, the Florida secretary of state, Kathleen Harris, ensured that masses of black voters were knocked off the rolls so that the state would swing Bush’s way; even then, it was only stopping a recount that ensured Bush would slip through.

Americans, thus, have plenty to worry about as they await the election. But the mess is much bigger in their own backyard than outside their borders.

More in this category: « Microsoft puts lipstick on a pig to avoid scrutiny over security Telstra's 5G speed self-test opens itself up to ridicule »
Share News tips for the iTWire Journalists? Your tip will be anonymous