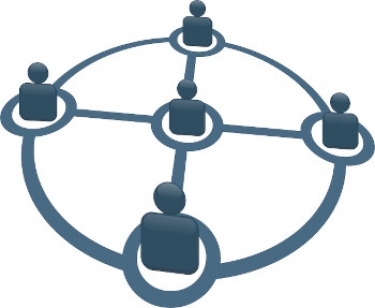 The Victorian Parliament is expected to start debating today what some have termed the worst electric vehicle policy in the world.

Last year, Victorian treasurer Tim Pallas announced a tax on electric and hybrid vehicles which would come to about $300 per annum. Now he is proposing to offer a rebate on the purchase of a new EV, but a very small one.

It's like asking someone to drive a vehicle with one foot on the brake and the other on the accelerator.

Not for nothing did veteran Australian journalist John Pilger call this the secret country. The Victorian policy was leaked to newspapers in the Nine Entertainment stable and thus debate on it has been limited.

The Nine story was based on an email sent by the Federal Chamber of Automotive Industries to its members; since it was out in the open, I invited the organisation to send the email to iTWire, but the invitation was not taken up.

According to a report in The Age, in the first stage of these subsidies, 2500 people will get $5000 apiece when they buy EVs up to $69,000. That rules out any subsidy for someone who buys a BMW or Tesla EV.

But what did that involve? As one of the early adopters, back in December 2010, I was offered a 1.5kW installation for $2990. Plus, every kWh sent to the grid would bring me 60 cents. The subsidy on the panels? I was quite stunned when I saw the papers: it was $5320. In the years since, I have had to spend about $700 to replace the inverter.

As the number of people taking up the offer increased, the tariff paid out was lowered. Today, I understand that one can only get between seven and twelve cents per kWh.

And, of course, as the panels have gotten cheaper and cheaper, nobody starts out with a 1.5kW installation; I have seen offers of 7.5kW and even 12kW in flyers that still land in my mailbox.

These figures have been provided to make just one point: who is going to buy an EV for $44,000-odd (that's the cheapest one in Australia, the MG model) when the state government is only giving one $5000? This, when a comparable petrol vehicle can be got for less than $30,000.

How many people have money to splash around after more than a year of the pandemic and no relief in sight?

If Victorian authorities expect the price of EVs to fall, and a second-hand market of any size to develop, then how does this policy make any sense?

It is true that someone has to pay for the upkeep of roads, but even now petrol excise is not used to maintain roads. Pallas' tax sounds like a lazy remedy because he cannot come up with anything else.

Australia blew the chance of having a proper broadband network, one that could have opened the doors for many new industries that depend on a reliable network with bandwidth aplenty.

Now, it is all set to blow the chance of encouraging the take-up of EVs and all the attendant business that this will bring.

Victoria claims to be the "education state" – that's the slogan on every vehicle number plate. Pallas' EV policy cannot be described as anything other than outdated.

More in this category: « Despite many false alarms, Linux malware scares still abound Welcome to your daily tech news, courtesy of the CIA »
Share News tips for the iTWire Journalists? Your tip will be anonymous