US using Huawei to pressure China over trade 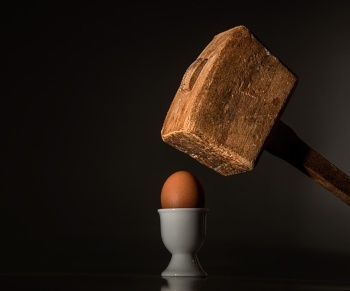 The framing of Chinese telecommunications vendor Huawei Technologies two days before the scheduled resumption of talks to resolve a US-China trade row is a clear indication that Washington will use any kind of pressure to assert its claims over Beijing.

The US has sunk to the level where they will even take a woman hostage — in this case Huawei chief financial officer Meng Wanzhou — to try and exert pressure on China.

This isn't mere conjecture – no less a person than the US President Donald Trump has said that Meng could well be a pawn in the trade negotiations.

In December, Trump, when asked whether he would intervene in the case of Meng — who was arrested in Vancouver on a US request on 1 December — responded: "Whatever’s good for this country, I would do.

"If I think it’s good for what will be certainly the largest trade deal ever made — which is a very important thing — what’s good for national security – I would certainly intervene if I thought it was necessary."

The indictments, released by a bevy of suited and booted American officials on Monday, have been blown up by the Western media to make it look as though they are ultimate crime and fraud of the century.

Yet a close look shows that the allegation of theft — in which Huawei is accused of stealing technology for a robot from T-Mobile — was already litigated as a civil case. Huawei paid about $4 million to T-Mobile as damages.

Now the US wants to reopen the incident as a criminal case. It illustrates the fact that Washington holds a weak hand – the specs for the so-called technology are available all over the Web.

In the second charge, that of breaking US sanctions, Huawei is accused of dealing with Iran through a company known as Skycom, which it is claimed to have owned.

But again, how serious is this charge? Another Chinese telecommunications company, ZTE, was found guilty of breaking the sanctions but all it took was political intervention by Trump for the whole matter to be smoothed over with a fine.

The US initially made a big deal of the ZTE affair, with the Department of Commerce imposing a seven-year ban on the company doing business with American firms.

ZTE shut down its main business activities in the US on 9 May 2018.

But then the political dealmaker Trump intervened following a request from Chinese President Xi Jinping and ZTE was allowed to return to business by paying a fine of US$1 billion, changing its management team and depositing US$400 million in an escrow account against possible future transgressions.

These incidents indicate that the charges made with so much fanfare on Monday are more showbiz than substance.

More in this category: « ASIO has concerns about encryption law – but it's a secret Parliament hack: ASD cautious, but ABC jumps the gun on attribution »
Share News tips for the iTWire Journalists? Your tip will be anonymous