US claims it is Australia's most important economic partner. Figures say otherwise 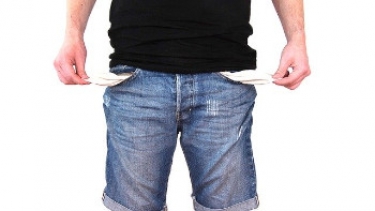 The US of A is out there today claiming that it is Australia's most important economic partner.

American Ambassador Arthur Culvahouse made the claim which was faithfully reported by Nine Entertainment's The Age.

But exactly on what Culvahouse based this claim is unknown. If one looks at the latest figures for goods and services trade between the two countries, Australia, which ran behind the US like a dog to get a free trade agreement with Washington, is getting royally screwed.

In 2018-19, the latest year for which official figures are available, Australia's imports of American goods and services totalled $51.638 billion.

And what Australia managed to export to the US was less than half that: $24.748 billion.

Culvahouse tried to justify his claims by including direct investment, and saying that together trade and investment contributed $130 billion to the Australian economy.

But you can't do much with that investment. It doesn't come directly to Australia in any way. And many of the American companies that invest here pay no taxes. What's more the moment many of them can't get handouts from the local government, they pull up stumps and leave.

Fittingly, Culvahouse's figures were in a report from Deloitte Access Economics, the source of many rubbery statistics over the years.

It's the same Deloitte that recommended to former prime minister Malcolm Turnbull that Australia's national broadband network be built with mushrooms (or something similar; they call it MTM technology, so I figure it must be a mushroom technology mix).

But Culvahouse qualified his remarks somewhat by saying that some trading relationships came with hidden costs.

Dead right, Arthur: for Australia the hidden costs are a shade more than $26 billion. You're welcome.

More in this category: « Twitter destroying journalism? Get a grip, old chap When it comes to schlock, Gartner shows it is a leader »
Share News tips for the iTWire Journalists? Your tip will be anonymous