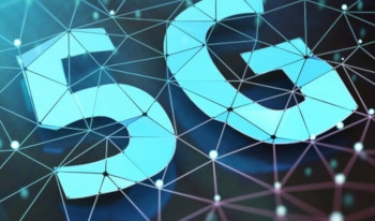 Next week, Britain will announce essentially the same decision that leaked out in April 2019, and allow Chinese vendor Huawei Technologies to supply 5G equipment for the non-core parts of the country's networks.

This should come as no surprise to anyone who has followed developments; three British telcos have already used Huawei gear in the non-core parts of their 5G networks that were launched last year.

It would indeed be a brave prime minister who would let that go ahead and then ask those three companies to pull out the equipment after a few months, an act that would require replacement of much more gear than the new equipment itself.

But then the US has been muddying the waters so much with its constant threats that people who are new to this episode of bossy behaviour by the world's lone superpower would tend to think that Boris Johnson will be sitting down with his National Security Council to come up with a decision that is entirely new.

There is one difference: this time, the decision will be formally announced in Parliament. Last time, it was leaked to the The Telegraph after Theresa May held a meeting of the NSC.

There have been any number of stories in various media outlets over the last couple of months, painting what Johnson is due to announce as some kind of unknown. Hardly.

The fact is these decisions are not taken by politicians; the ones who decide are the country's spooks. In Britain, they made that decision last year and since nothing has changed as far as the technical specs of 5G goes, they see no reason to chop and change either.

American threats of not sharing intelligence if the UK does not ban Huawei have been dismissed for what they are: hot air. The US has shared its war gear around with several countries, the most powerful of which is the UK. If it is unable to call on London to join its military adventures — and the UK always plays the role of faithful poodle when called on — who will play that role? France? Germany? Australia? These threats are more than just a bit risible.

Indeed, the only country which uses military hardware from the US and which can decide to fight a war on its own — without getting permission from Washington — is Israel. For all its big talk, Australia is also among the crowd that has joined the Americans and now cannot engage in any military adventures unless it asks for, and obtains, permission.

Of course, the Brits never state the bleeding obvious and embarrass anybody in public; that old stiff upper-lip tradition continues to dominate all their discourse. They have even given former Australian prime minister Malcolm Turnbull an easy out despite his ridiculous assertion that the core and non-core parts of a 5G network cannot be separated, by saying that the geography of the UK is different to that of Australia, and that may account for Turnbull's assertion.

Most European countries are likely to follow the UK's lead. Another reason for this is the lowest common denominator: money. Another is that the US has not given anyone an iota of proof to substantiate its claims that Huawei poses a security threat. Memories of the 2003 invasion of Iraq, when the presence of weapons of mass destruction was advanced as a Biblical truth to justify the toppling of Saddam Hussein, have also not been forgotten altogether. Fool me once, etc, etc

For the EU, the fact that any decision will weigh on the probability of getting a trade deal with China done soon will also be a consideration.

More in this category: « EVs will need to become the norm if we don't want to burn the planet Washington's Huawei moves will have a big impact, unlike what people claim »
Share News tips for the iTWire Journalists? Your tip will be anonymous