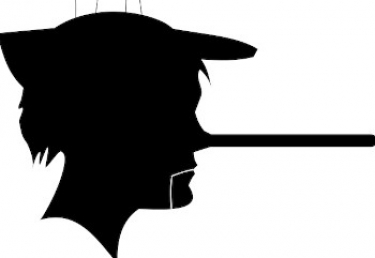 If we are to believe the excuse being trotted out by the UK for changing its stance on the use of gear from Chinese telecommunications equipment vendor Huawei Technologies in its 5G networks, then semiconductors made by one company are not as safe as those made by another company – though they are all made to the same specs.

And if you believe that, then I have a huge gold mine in my suburb, Doncaster, that I am willing to sell for just $121.

This is the essence of the "security" issue that has been raised by Britain after being pushed by the paranoid US, after the latter put in place measures that would prevent Huawei from placing orders with Taiwan Semiconductor Manufacturer, the company from which it has been buying 98% of the semiconductors it needs. This is Iraq war-grade deceit.

The new American strictures, put in place in May, make changes in the country's Foreign Direct Product Rule which restricts the selling of equipment made using American technology — even by firms outside the US — to any company that is blacklisted by the US Department of Commerce.

A vast majority of the chip-making equipment and design software is made in America. But there are other sources, both European and Asian. And given that Huawei has deep pockets and also has the added force of being a Chinese entity, it is not in any way unreasonable to conclude that it would cut a deal somewhere to keep its main business going.

At present, only South Korea's Samsung and TSMC make the most advanced semiconductors, the ones that are 7nm in size. There has already been a report saying that there was a deal brewing between Huawei and Samsung, whereby Huawei would give up part of its share in the smartphone market by spinning off its smartphone unit so that it could be taken up by Samsung. And in return, the report said, Samsung would provide it with the chips it needs, all made using European equipment.

As Christopher Plummer put it so adroitly in the movie Syriana: "There is more than one way to light Europe." The FDPR restriction can be got around by not using American equipment to make semiconductors; Japanese firms Tokyo Electron and Hitachi High-Technologies are just two names that suggest themselves as alternative sources of high-quality machinery.

The Economist highlighted the fact that one of the big difficulties the Americans face in policing the sale of semiconductors — to find if any rogue operation is meeting Huawei's needs — is the fact that the business is spread around the globe.

In fact, there has even been a report that the recent announcement by TSMC, that it would set up a factory in Arizona, was in order that it could move its American equipment to the Arizona plant and then use equipment from other countries to make semiconductors in Taiwan. Those could, of course, be supplied to Huawei without any violation of American rules.

Those who say that these are unlikely trading partners, should bear in mind that even when Israel invaded Lebanon in 1982, the Arabs continued to trade with Tel Aviv. Ultimately, money is the only thing that tilts the scales.

So would that then lead to a deterioration in the standards to which semiconductors are made? Rubbish.

None of these methods of supplying Huawei would result in inferior products reaching the Chinese 5G giant. So the announcement by Britain's National Cyber Security Centre technical experts that there were no alternatives for semiconductor supply in which the UK had sufficient confidence is pure hooey. Is there something wrong with Samsung? Or TSMC? Or Japanese equipment? Or European equipment?

But who will ask any questions? People just drink the Kool-Aid and stay in their state of somnolence.

The NCSC also claimed that Huawei would no longer have access to the technology on which it currently relies – this is nothing but an out-and-out lie.

If anyone in Britain had cojones, they would come out and say, "Hey look, we can't take the pressure from the US, we are going to fold, we have sold our souls to the Americans and if they ask us to build our networks with chestnuts, we will do so.

"But please do not stand in the way of a trade deal with us, we are on the verge of penury." The decision is political from start to finish, but Prime Minister Boris Johnson and his cronies lack the guts to say so.

More in this category: « Cyber bureaucracy comes up with another chicken little report Pompeo gets a dose of his own medicine from Chinese foreign ministry spokeswoman »
BACK TO HOME PAGE
back to top