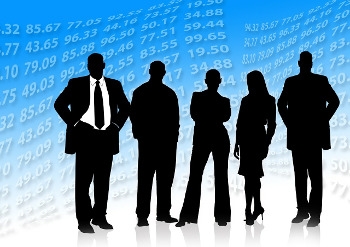 Sweeping ban orders on the entry of certain categories of legal US residents and the ban on citizens of seven Arab and African nations from entering the US for residence, could mean that the organisers of several big technology and other conferences will have to rethink whether they will change their hosting locations.

US President Donald Trump last week signed an executive order banning people from Iran, Iraq, Yemen, Syria, Sudan, Libya and Somalia from entering the US as refugees or even if they held valid green cards. The Australian government has backed these bans, while the leaders of Britain and Germany have been critical.

Along with that has come the news that the US government is thinking of asking foreign visitors to disclose websites and social media sites they visit and also provide their list of mobile contacts to immigration. They could be denied entry if they did not, CNN reported.

White House policy director Stephen Miller disclosed this, in addition to telling officials who handle border security not to be dissuaded by protests in implementing the ban orders.

The voluntary provision of social media accounts by foreign visitors, who are from countries which have a visa waiver with the US, became standard practice in December 2016.

There are a good number of foreigners working in the technology industry in the US and given that none of the bigger companies like Apple, Microsoft and Google have categorically come out against these ban orders, the possibility that they will be rescinded is remote.

None of these companies has come out and stated openly that it is unwilling to help in the creation of a national registry of Muslims, one of Trump's proposals, either.

Plus, now I'm double-banned from the US as I was born in Iraq. Top that. https://t.co/CzVimK87jL

There are a huge number of conferences held in the US each year, in some cases by companies that do not have their headquarters in the country. This is because a majority of their business customers are in North America and it is more convenient for these customers to attend.

Additionally, Americans attend a vast number of conferences held outside their own country, some of them belonging to the countries that are on the ban list.

Just this morning, Mustafa Al-Bassam, a noted hacker who was part of the Anonymous collective, tweeted that he had been banned from the US since 2013 due to his past associations, adding that he was now double-banned since he hails from Iraq. Bassam is a doctoral student in London after he became a white hat.

That is just one case in point. There are cases in the past where noted hackers — Jacob Appelbaum formerly of the Tor project, for example — have been searched and questioned at length when coming back to the US. Laura Poitras, the film-maker who was one of the first to gain access to the Snowden leaks, has also detailed being searched extensively when entering the US. Poitras now lives in Berlin.

But these are small incidents in comparison with what could eventuate if the bans that have been ordered stay in place. No conference organiser would like to have strictures on choices of speakers or invitees or even ordinary attendees, because many depend on delegate fees to cover conference costs.

And, if visitors hear reports of increased harassment at US airports — the measures in place before Trump took office were onerous enough to put people off — then the likelihood of visitor numbers falling would grow.

More in this category: « Why Malcolm Turnbull has Russian hacking on the brain Tech giants react to ban after profits come into picture »
Share News tips for the iTWire Journalists? Your tip will be anonymous