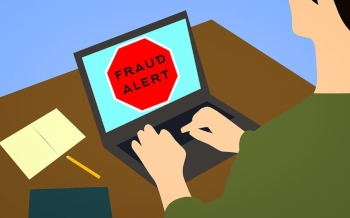 Apple chief executive Tim Cook has been in what I call "Moses-on-the-Mount" mode overnight, calling out what he terms the "data industrial complex" — read Google and Facebook — for its surveillance and using user data for monetary gain.

But in the rush to play the privacy saviour of the world, I think Cook forgot that the company he heads earns close to US$10 billion from Google, so that the search giant can be the default search engine for Apple's Safari browser on all iOS devices.

We all know what Google does with data. And the data from those iOS devices is not going to be treated any differently.

Cook also conveniently forgot the fact that he has agreed to Chinese oversight over Apple user data in that country – and obviously for commercial reasons. Else, he would not be allowed to do business in the country.

I have nothing against China, but one needs to admit that scrutiny of personal data is that bit more rigorous there than it is in some other countries. Privacy is not an adjective you would use to describe Beijing.

Admittedly, Apple has done a yeoman job as far as privacy for its users goes. It has improved security on the iPhone to the extent that this morning there was news that even the celebrated makers of GrayShift, a tool that could be used to break encryption on the device, had conceded defeat after the latest iOS updates.

There are many other little touches in Apple's hardware that offer better privacy to the user. The company cares about its hardware in a way that few others do.

But that does not mean it is perfect. And only someone who has no blemish can sit up and throw stones at the rest. Silicon Valley is a place where people wax voluble about values in the evening, and accept bribes the next morning without so much as a wink.

So, Cook should pipe down. Once he kicks out Google from Safari on iOS and instead opts for a privacy-minded search engine like DuckDuckGo, then he has the right to climb Mount Sinai and declaim from its heights.

Until then, he should hold his peace. I do not have a problem with Apple raking in the moolah in any way it can. But spare us the moralising, the sermonising; just take the money and run.

More in this category: « NBN: speed is good, but support is vital Amazon's bid for Protected cloud ain't in the top drawer »
back to top