The art of the Linux conference

When Ballarat makes its debut in January 2012 as the first regional centre to host Australia's national Linux conference, it will also see a number of first-timers involved on the organisational front.


While there are experienced hands to provide advice and back-up when needed, the lead is always taken by the home town organisers. In the case of Ballarat, the core team is a quartet of youthful, enthusiastic volunteers.

Among those four is Sae Ra Germaine (pictured), a digital systems specialist, who has been handed the twin responsibilities of handling media liaison and artwork; the first bit of the job is shared with Kathy Reid.

"The media liaison role has been split between Kathy and myself, with each of us taking some of the aspects of the role as our own and collaborating on other parts," Sae Ra told iTWire.

"At the moment, Kathy handles most of the media coverage (writing press releases, etc.), while I concentrate on more of the design/promotional aspects, sourcing suppliers and production."

Sae Ra has spent considerable time in Ballarat, from the time she enrolled in boarding school in year 9 until the time she relocated for reasons of employment. Travelling around Asia during her first 15 years - her mother is Korean and this accounts for her first name as well - has certainly helped to broaden her perspective. 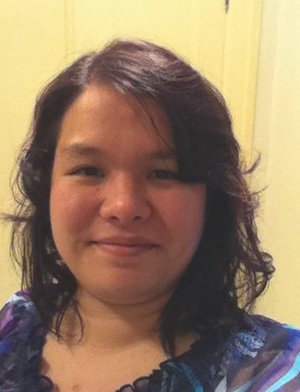 "My brother is a systems administrator for a company in Ballarat working on some awesome projects. My brother and I were always into gadgets and consoles. We both went to the University of Ballarat.

"My geek background comes from multiple influences. My father worked on transitioning companies during the 'Y2K meltdown'. Being an engineer, he was very interested in technology and gadgets. My brother and I both had a keen passion for gaming and we grew up together playing a lot of games."
LCA will be Sae Ra's first conference as an organiser, though she has been a volunteer at Australian Computer Science Week in Ballarat in 2007.

She was drawn into the organising because the other three members of the core team have been friends for nearly a decade.

"Josh Stewart, Cameron Tudball, Tristan McArdle and I have known each other for close to 10 years," Sae Ra said. "I had always heard about Josh and Cam's adventures all around Australia to what we now fondly call 'conf'.

"The LCA was a yearly pilgrimage for most of us, and while I may have been a late starter, the camaraderie and atmosphere was instantly welcoming and I decided that if we were ever hosting it, I wanted to play a big part in helping to organise our version of one of the world's biggest technical conferences.

"I went to LCA in 2008 and was instantly hooked. There were so many brilliant people there and I was inspired. It was a place for people to come together and exchange ideas about something that they are passionate about."

She says LCA was a very different conference for her. "I actually enjoyed going to it, I wasn't there because I had to go. People look forward to it all year and are willing to expend a great deal of effort to get to this conference."

Sae Ra says that after Josh, Cam and a few others started floating the idea, they always came to the conclusion that Ballarat was a small rural centre and "there was no way that we could compete with the big cities".

"But one day things started to change, (LCA 2008 chief organiser) Donna Benjamin started nudging us to put a bid in so we thought, 'why not?'. We had nothing to lose and everything to gain. LCA had been something that we loved to attend, so when we were presented with the chance to be part of it, we jumped at it. "

Stewart had begun the bid and asked a few BLUG (Ballarat Linux Users Group) members if they were interested in helping out. "We were only a tiny group back then and most of us said 'Yes' straight away. Next thing you know I'm sitting on IRC during linux.conf.au at Brisbane in 2011 all excited because Ballarat was announced as the host city for 2012.  From that point, things were go and the rest, as they say, is history."

Sae Ra finds artwork a really interesting role to have. "I am responsible for the public relations and promotional aspects of conf, including designing the logo, the layout and content updates for the linux.conf.au website, the design and layout of t-shirts, posters and lanyards, as well as requests for advertising," she says.

"yum productions kindly supported us last year and gave us our logo, which has now evolved and made its way onto as many things as possible. The t-shirt design was an experiment that has definitely paid off. We have put a lot of effort into the swag bag for 2012, and we have come up with what I believe to be one of the most interesting collections to date to hand out to all who attend.

"It's definitely been a learning experience for me. I come from an online background and I haven't had much print experience, but as I mentioned before the Ballarat community has been very supportive, and our manufacturers have been very helpful in assisting the design ideas become reality."
Living in Melbourne means Sae Ra has to do a bit of travelling to keep in touch with things on the ground in Ballarat. "Google and IRC have been a great saviour for us. Our weekly meetings are slowly becoming the nightly Google 'hangout' sessions and being able to have our meetings online has definitely been the tool for us," she says.

"I try and get back to Ballarat as much as possible for meetings or even just to catch up with the core team for a coffee."

Working with old friends means that things get done faster. "One of the big advantages of working with a group of people you have known for so long is that a lot of things just fall into place. Many of the tasks seem to assign themselves, and because we are all quite familiar with each others' quirks, there was no down time due to teething issues that can plague some committees. The familiarity of the group has been a blessing also with getting things done, everyone knows someone that can help in some way."

But still, time pressures are often experienced. Says Sae Ra, "There have been some tough moments. I am currently working full-time and sometimes there are some longer hours involved with my job so tacking conference tasks on to the end of my day has sometimes got in the way of my personal life.

"My partner is really supportive of this conference especially with the incredibly long nights that I've spent in front of my computer finishing meetings or that one bit of artwork. He's kept me grounded through every step of this process and it means the world to me. My friends and family have also been very supportive. Everyone has even offered to volunteer which is amazing in itself."

While Sae Ra does not use much in the way of free or open source software, right now, she has done so in the past. "While I was teaching VET Multimedia in Ballarat, I did use the Gimp, Inkscape, Blender and Moodle as my teaching tools," she says.

"My aim was to make software more accessible for my students. Not all of them could afford the more upmarket equivalents and I wanted to show them that what you could do with free or open source software could produce the same, if not better, results for them. While I was teaching, my previous employers at yum productions were very supportive of this and where they could they also implemented these products and were very open to suggestions for software alternatives."

Sae Ra's benchmark of a successful conference is the one held in Melbourne in 2008. "I mentioned before that LCA is one of those conferences which people look forward to and are willing to attend. There are a lot of expectations riding on this conference and I hope that we can meet them as best we can.

"The choice of Ballarat has obviously made some people reluctant to come, but we've worked on ways to get around that. We've covered as many bases as possible and there are contingencies in place. My metric would be if we meet those expectations, if we can still make it that enjoyable conference that I went to in 2008.

She is optimistic that Ballarat will leave its mark on the LCA. "We, as a country town, have got very big shoes to fill, but I think we'll do okay. We're trying some new things and hopefully we will make our mark."

More in this category: « Targeting of Australians another step in push for TPPA Linux kernel project site back on the air »
BACK TO HOME PAGE
back to top