Telstra should have bought a dictionary before taking Optus to court 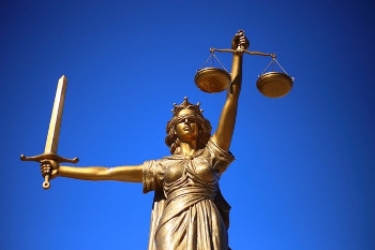 Australia's biggest telco Telstra appears to be somewhat short of comprehending the English language, if one were to judge by the latest lawsuit that it has filed against Optus.

The latest skirmish between the two top telecommunications providers in Australia centres around a Telstra claim that the use of the phrase "covering more of Australia than ever before" by Optus means that the smaller telco is alleging that its network has greater coverage than Telstra.

Any fifth-grade student would be able to understand that the phrase, used in advertising by Optus, can only mean one thing: the company's own coverage is extending to more of Australia than it did earlier.

In terms of coverage, Telstra's mobile network covers 99.5% of the country while Optus covers 98.5%.

Telstra is said to be seeking a court order preventing Optus from stating that it enjoys network superiority.

Optus does not seem to take Telstra's claim seriously, uploading a video (below) to YouTube on Tuesday, underlining the claim it has made in its advertising by saying: "Our mobile network is covering more of Australia than ever before."

The inter-telco rivalry has been on display for some time, with both companies making claims about their 5G coverage that bordered on hype. But recently, Optus appears to have pulled away, offering a 5G home Internet plan with a Nokia modem that beats the pants off the NBN when it comes to speed.

iTWire tested out the modem; it is simple to set up and provided download speeds in excess of 400Mbps. There was a fair bit of latency and jitter, though, but for people on the fragile NBN this modem is like manna from heaven. 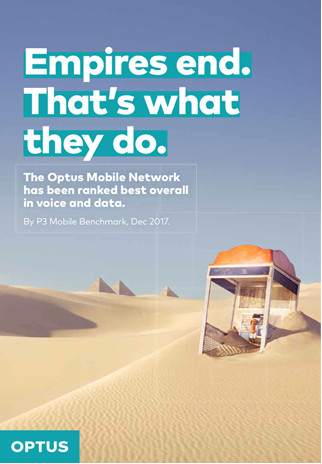 The two telcos have clashed before; in 2018, for example, Telstra was refused leave to appeal a decision of a trial judge that Optus did not breach section 18 of Australian Consumer Law by publishing the advertisement seen on the right.

In this case, according to the Supreme Court of Victoria, Telstra submitted that Optus’s advertisement conveyed the representation to current or potential mobile customers that there had been a significant and permanent change in the relationship between Telstra and Optus and that Optus was now undisputedly operating a better mobile network overall than Telstra.

This representation was said to be false, misleading or deceptive or likely to mislead or deceive contrary to the Australian Consumer Law.

The trial judge found that the representation Telstra alleged would not be conveyed to a reasonable member of the relevant class of consumers, and he accordingly did not need to decide whether the representation was false or misleading or deceptive or likely to mislead or deceive.

More in this category: « Australia makes its own decisions. I think Joe Hockey would disagree Rowland opts out of NBN future commentary, Fletcher ignores request »
Share News tips for the iTWire Journalists? Your tip will be anonymous