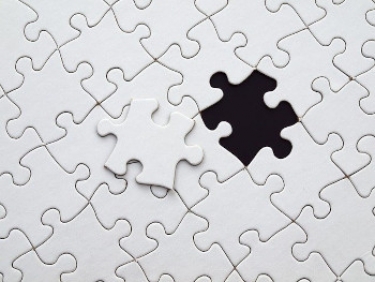 Image by Willi Heidelbach from Pixabay

The name of Australia's number one telco, Telstra Corporation, has suddenly gone missing from the list of sponsors of the Australian Strategic Policy Institute.

iTWire has for a long time been the only journalism outlet that has listed the sponsors of what is a defence industry lobby group that also takes money from some software companies and other associated tech entities.

Until 14 June at least, if not later, Telstra was listed among the sponsors of the ASPI cyber centre, along with Microsoft, Google, au domain namespace administrator auDA, security firm Palo Alto Networks, Thales, Amazon, the Cyber Security Co-operative Research Centre, the National Archives of Australia, the Federal Government, Jacobs and encryption company Senetas.

On Saturday, just before running an op-ed on an ASPI bid to spread fear, uncertainty and doubt — and raise some moolah in the process — iTWire noticed that Telstra's name was missing from ASPI's sponsors page.

Of course, ASPI never says anything openly about its sponsors; the organisation styles itself as an independent and non-partisan think-tank. To describe that as a stretch would be the understatement of the year.

The mystery of the missing Telstra name could be tied to the fact that the big telco has got its name in the media for not exactly kosher reasons: the fact while Chinese vendor Huawei has been banned from supplying gear to the 5G networks on the pretext that it could spy on behalf of China, Telstra, which gets its 5G gear from a joint-venture arrangement between Ericsson and Panda Electronics, faces no such strictures.

Former Independent senator Nick Xenophon, who runs the legal firm XenophonDavis along with former ace journalist Mark Davis, and has an advisory role with Huawei, helping the company to fight slurs against its reputation, did not back away from asking some thorny questions about Telstra on Sky News Australia on Sunday night.

"What is extraordinary is that Telstra is getting its 5G kit, as well as 4G and 3G for the last decade before that, from a company, a joint-venture arrangement, with Ericsson and Panda Electronics," he said. "The gear is made in China and Panda Electronics is actually state-owned and, according to the US Department of Defence, it is run by the People's Liberation Army – that's what the US Department of Defence itself is saying.

"We have heard outrage about Huawei, but we don't hear anyone talking about the fact that Panda Electronics is providing equipment right now to Telstra – this is our national carrier that provides services to ASIO, ASD and other critical communications infrastructure!"

iTWire has contacted both ASPI and Telstra for comment.

But Smith's denial does not seem to hold water. The Internet archive shows clearly that on 27 May, Telstra was very much a sponsor of ASPI's cyber centre, with its logo displayed below that of Australian encryption software maker Senetas as seen in the screenshot above. It went missing between this date and 19 June. Despite claiming to have some nous when it comes to the Internet, ASPI seems to be blissfully aware of the Internet Archive and the Wayback Machine.

Telstra's general manager – Media, Steve Carey, told iTWire that the telco had ended its sponsorship of ASPI's cyber centre at the end of the last financial year i.e. at the end of June 2019. "So it's not new news, and certainly nothing to do with what you were outlining in your email," he said.

He said with regard to the Telstra logo appearing along with other sponsors of the ASPI cyber centre, that would have to be addressed by ASPI.

ASPI events and communications manager Kelly Smith responded, initially saying: "Thanks for getting in touch to clarify. I can confirm that Telstra is not a sponsor of ASPI." Smith did not specify when the association with Telstra had ended.

But later when iTWire raised the issue with Smith after Carey said the matter of the logo remaining on ASPI's site would have to be addressed by the lobby group, she suddenly remembered that the deal with Telstra had run from 1 July 2018 to 30 June 2019. As to how the Telstra logo remained on ASPI's site well beyond June 2019, she said nothing.

More in this category: « ASPI on the job again, spreading FUD and begging for money India is no paradise, it has terrible flaws. Claiming otherwise does no one any good »
Share News tips for the iTWire Journalists? Your tip will be anonymous