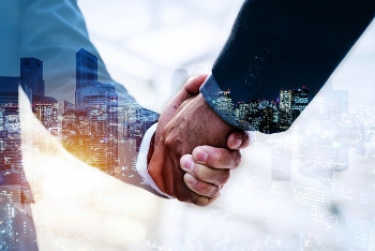 Image by Tung Nguyen from Pixabay

After a long time, Telstra has literally hit the jackpot with a business move: the company has fallen in with the Australian Government's wishes and jointly acquired Digicel's business in the South Pacific, something that the US has pushed Australia to do.

The entire deal was in Telstra's favour: there was minimal outlay, with Canberra bearing the brunt of the expenditure (US$1.3 billion from the government as opposed to US$270 million from Telstra). And given that the telco has provided the government with a lifeline, it is well placed to call in the favour when the sale of the NBN Co comes around.

A high-level version of I'll-scratch-your-back-if-you-scratch-mine. Telstra gets to own and operate the company and also own 100% of the ordinary equity.

Canberra has been under pressure from Washington ever since it became known that China Mobile, one of the top three operators in China, might be casting a covetous look towards Digicel. One only has to mention the term "national security" in the US capital these days to set the fire alarms screaming.

The last time a similar situation arose was when ASIS director-general Nick Warner had to be rushed to the Solomon Islands in 2017 to prevent a deal with Chinese telecommunications equipment vendor Huawei Technology for the laying of a submarine cable.

Warner spoke to Solomon Islands Prime Minister Manasseh Sogavare and forced him to cancel the deal. The message conveyed was that if the Solomon Islands proceeded with the project, then Australia would withdraw the licence for the cable landing rights in Sydney.

The project was finally awarded to the Vocus Group, with Australia footing two-thirds of the bill, a sum of about A$100 million. Anything to keep the administration in Washington happy.

The sale of the NBN Co has been part of the logic (if one can call it that) behind setting up such a company to provide broadband to the whole country. Only the most biased observer would call it a success, but it still staggers on its merry way, even forking out healthy bonuses to its executives.

The mandarins in Canberra would like to recoup whatever cash they can through the sale of the company, but will have to wait until an opportune time arrives. There hasn't been any talk about this for the last two years given the outbreak of COVID-19.

The fact that a sale, most likely to Telstra, would take the country back to where it was in the 1990s — when a certain large firm partly owned by the government was able to dictate terms to all and sundry in the telco business — does not appear to have registered with government bureaucrats.

Telstra has been looking for a way to become the 800-lb gorilla again and joining in the purchase of Digicel has now put it firmly in the box seat to acquire NBN Co as and when the latter is put on the market.

For a company that has seen its share price go mostly south ever since David Thodey left its portals, that would be a very sweet day indeed.