Telephone scammers and COVID-19: An extreme example of kite-flying 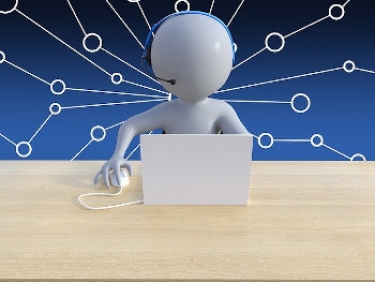 It is rare to find an opinion piece completely bereft of facts and built entirely on supposition, a case where the author has chosen to posit this, that and the other before ascertaining the facts on which to base his/her arguments.

The op-ed "Will COVID-19 drive telephone scammers out of business?" written by my iTWire colleague David Heath belongs to this category – it is full of hypotheticals that give the impression that the author has never set foot in India, a country about which he has chosen to write. There is just one fact: that Indian Prime Minister Narendra Modi issued an order to lock down the country for 21 days.

Firstly, the writer claims that call centres in India are unlikely to have considered the possibility that workers would carry out their tasks from home. In other words, such firms blindly take on contracts – after all, being in the Third World, they cannot be really professional in their approach, can they? Note that there is no basis for this claim; like everything else in the article, it is just hot air.

And then upon this assumption, a number of other assumptions are built, something akin to the milkmaid who, while carrying milk to the market on her head, built up a whole fanciful string of events, to the point where she would dismiss a suitor with a toss of her head. Unfortunately, she chose to toss her head at that point, whereupon the milk spilt and her dreams also went with it.

The author says that it "would be reasonable" to expect many people from the same family to be employed by call centres. And the basis for this wild guesswork? God knows. Actually, one doubts whether even the Almighty would have a clue.

Assuming that this is true, he then adds another dubious link: there will be no space for all these people to work from home, "as apartments are generally small".

I'd just remind you, gentle reader, of one little statistic: we are talking about a country that has 1.3 billion people. Generalising about such a large number of people is difficult even when there is some data to go on – but here the writer is simply flying kites. How many apartments in India has he visited?

But this does not deter the author. His next assumption is that there are so-called "layabout uncles" who keep looking over the shoulders of Indians who work from home, thus compromising confidentiality. Again, this is based on zero data.

The writer presumes to know the Indian Government's next plan when he writes, "For the moment, most call centres have been labelled as 'essential services' but it is doubtful that this will continue", the argument being that if there is a single case of coronavirus in a call centre, all would be shut down.

This illustrates amply how little he knows about the inhuman methods that Indian businesses employ to get work done. The government turns a blind eye to any such tactics. (I have lived, and worked there for 14 years and am in a position to talk about such things with some authority).

And so, based on this string of assumptions, the author concludes that scammers — whom he claims are mostly from India — are out of work and that is why the number of scams has dropped in recent times. This presumes that all the scams are carried out from these call centres. In my limited experience, I have fielded scam calls from India, Bangladesh, Pakistan, and several African countries, but then all those foreign accents may well sound the same to the writer. Many Australians talk of a place they call Asia, blissfully ignorant that more than half of all humanity resides there. They are also unaware that there are numerous countries within this Asia that they talk about.

The author's suppositions do not stop there: "Most workers in those jobs would probably be 'fibbing' to their family as to the work they're actually doing, and it would be doubtful that they would want to sit in their lounge-room at home and make those calls! Once they're barred from attending the office (are they still 'essential services?') it will all be over," is his take.

So the writer, sitting in Australia, which is at least 12 hours by plane from India, knows what behaviour call centre workers indulge in when they tell their family members about what they do. There's mental telepathy at work for you!

And then we have the coup de grace: the author has contacted major security companies - he does not name any - that monitor the call centre industry and will "hopefully update with facts related to the drop in calls".

Right there is an admission that he has been kite-flying all along. That's how it sounds to me. If he is going to offer facts next, what he has been offering to far can only be fiction.

More in this category: « Microsoft possesses one attribute in spades: chutzpah Taxing Google and Facebook: premature rejoicing could be in vain »
back to top