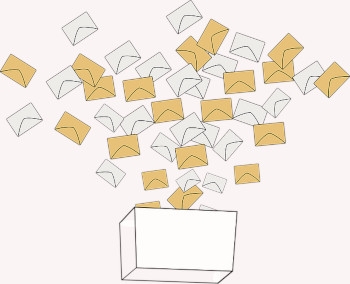 Image by Felipe Blasco from Pixabay

If the technology industry in Australia is serious about the concerns it has expressed over the encryption law that was passed in December last year, then it should come together and make repeal of the law an election issue.

Since August last year, when the first draft of what was then the encryption bill surfaced on the Web, there has been an almighty gabfest about it. There have been numerous hearings by the Parliamentary Joint Committee on Intelligence and Security, discussions, forums, and enough news articles and op-eds written about it to fill one of the world's oceans.

An ongoing inquiry has been receiving submissions, mostly from the same bunch who made them to the initial inquiry sessions last year.

But yet people are unwilling to face the facts and admit the law is unworkable if the destruction of the small Australian tech sector is not accepted as a by-product.

And yet, it would appear, we are not done with the talkfests because one more, called a Safe Encryption Australia Forum, has been organised for 27 March in Sydney.

Exactly what will this forum achieve that all the talk, discussion, myths, and truths that have been uttered so far have not?

What makes such an exercise even more futile is that among the bunch listed to speak is Michelle Price, the chief executive of the Australian Cyber Security Growth Network or AustCyber, a government-funded body.

Price was on the record recently, saying that other countries were going down the same road — or planning to bring in their own similar laws — and then all would be hunky-dory. In other words, we are swallowing a poison pill right now, but once everybody else is doing the same, it will be just fine. You can't argue with that kind of logic.

In December, AustCyber put out a document about the encryption law based on a survey carried out by the lobby group, Australian Strategic Policy Institute. The views of 512 stakeholders were sought, but only 63 responded.

Yet this was floated as representing the concerns that industry had about the law!

Price played down the results of the survey, saying at the time that "while the survey involved a comparatively small sample size, the results are compelling".

"We continue to be focused on achieving our mission. We are resolute: Australia's yuber security sector has great potential and is critical to the nation's economic prosperity and security. We will continue to promote this domestically and internationally." If you can make any sense of all these statements, then you, gentle reader, are indeed much wiser than I.

The only option remaining to industry is to make the repeal of the law a central issue in the forthcoming federal election. Labor may be sitting pretty and hoping that it can win without making difficult decisions, but it is the job of people who have voiced objections to the bill to take up the issue and run with it.

A good person to lead the campaign would be John Stanton, the chief of the Communications Alliance, and one who has been unafraid to speak out, even if it has meant stepping on some toes.

And you can count on stepping on some rather powerful toes, given that the law was devised for one reason: so that spy agencies could get back on an equal footing with technology firms and have a big stick with which to beat them whenever they want.

It would help the cause if big players in the encryption industry, like Francis Galbally, chairman and founder of Senetas, would put their shoulder to the wheel and offer the support that Stanton would need. Galbally has a lot to lose if the law remains on the statute books.

The industry could seek advice from an unlikely candidate: SBS' chief football commentator Craig Foster, who ran a magnificent campaign, more or less on his own recently, to rescue Bahraini refugee Hakeem Al-Arabi from limbo in Thailand.

Foster knows how to rally forces. He may speak simple language, but he knows how to make his message heard and communicate with ordinary people. Once the dangers that could result to ordinary people from the encryption law are explained, the fight would be over.

The tech industry should put all its efforts into a campaign like this and not bother about consequences. It would earn the gratitude and respect of all Australians.

After all what would be the worst outcome? The law would remain in place. And that was the default before this idea was ever mooted.

More in this category: « US should hang its head in shame over Shamir visa issue One tweet about outage – Facebook shows its contempt for users »
Share News tips for the iTWire Journalists? Your tip will be anonymous