Sydney Morning Herald shows it knows nothing about encryption 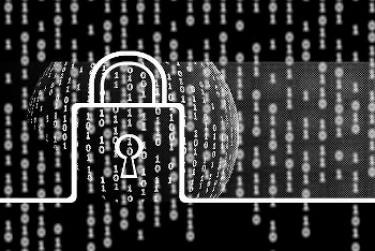 These, the newspaper argued in an editorial on Thursday, would not "allow malign actors to snoop on private communications".

That this kind of incredible ignorance should be displayed by a media organisation of this size is simply amazing. The SMH and several other publications formerly owned by a company known as Fairfax Media, which is now no more, are now owned by Nine Entertainment.

[Full disclosure before I go any further: I worked for The Age, a sister publication of the SMH, for nearly 17 years beginning in 1999. I was the online technology editor for both publications from May 2002 till December 2005.]

The SMH probably felt it had to write something after it organised a so-called National Security Summit last week, at which Michael Pezullo, the secretary at the Department of Home Affairs, and a known hawk on encryption, used overblown language to criticise global technology firms like Facebook for moving to end-to-end encryption.

The last par in the SMH editorial.

This was not the only error in the editorial, headlined, Big Tech needs to get on board over security concerns, but the one that showed the most ignorance about technology.

The SMH claimed that Australia's encryption law, passed in December 2018, was a world first. This is incorrect as the UK passed similar legislation much before Australia did; in fact, Australia's law was largely based on what the UK had put in place.

The newspaper also seemed to be confused about end-to-end encryption, apparently unable to understand that such communications are encrypted only while in transit and that plaintext versions reside on the devices involved in the transaction.

Of course, the SMH can take comfort that it is not alone in its lack of understanding; recently the New York Times, the newspaper which is often called the publication of record in the US, also showed that it has little knowledge of such matters.

After the amount of coverage the law received in 2018, prior to it being rushed through Parliament [some examples (there are dozens): 1, 2, 3], one would have thought that anyone involved in the media industry would be aware of this basic fact. Sadly, it seems the SMH was not.

During hearings held by the Parliamentary Joint Committee on Intelligence and Security in 2018, top global experts told those present that one could not create a backdoor and ensure that it would not be accessed by malicious attackers.

Somehow the newspaper attempted to tie this issue to the battle that the Australian Competition and Consumer Commission is waging to draft a code that will form the basis for a law that will prescribe the manner in which companies like Google and Facebook pay for the use of content from Australian news publications.

Given the appalling ignorance shown by the SMH, it is not surprising that Australia continues to put in place laws that ensure the fledgling IT industry will soon have to move overseas to continue doing business.

More in this category: « Hint to Brad Smith: getting rid of Windows will halt most cyber attacks US appears to have hit peak paranoia ahead of presidential poll »
Share News tips for the iTWire Journalists? Your tip will be anonymous