Strange but true: everyone except Microsoft is blamed for Exchange Server attacks Featured 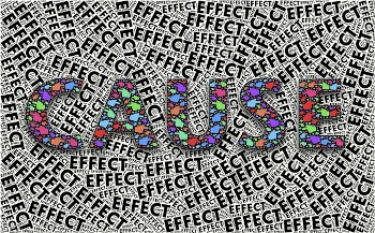 It should be somewhat curious to the average individual that all the coverage about the ongoing Microsoft Exchange Server attacks has focused on anything but the entity responsible for these attacks: Microsoft.

After all, if a bus driver causes an accident, then he/she will come in for criticism ahead of the passengers, the maker of the bus, the route being traversed or any other variable.

But in the case of these attacks, all we hear about is China (terrible country, it appears), attackers (very bad people, apparently), exploit finders (again bad people), and the list goes on.

One thing I don’t understand is that if Microsoft was warned on Feb 2, even you couldn’t release an official patch that fast, why not release an advisory and some workarounds?

There has not been a single article asking why Microsoft, a company that is certainly not short of a dollar, does not take security more seriously. In the end, Exchange Server is a product sold by Microsoft.

To that, I guess, the refrain will be "but, all software has bugs". As terrible as these? No, that is definitely not the case. Many of the bugs that surface in Microsoft's products allow attackers to have a picnic with very little effort.

If I forget to lock the front door of my house and leave a pile of money on a table inside, would anyone sympathise with me if I came back and found I had been robbed? I would not expect any sympathy, given that the robbery was due to my stupidity.

Yet, the whole technology industry is expected to be sympathetic to Microsoft and not say a word about the abysmal security of its products. One finds the occasional tale in tech rags about Microsoft's security staffers burning the midnight oil to build patches and the general tone is, "oh poor Microsoft, what nasty people do this to them?"

Microsoft does not bother about security because there is no money to be made by spending time on sorting out bugs. Instead, it keeps releasing new features in existing products, or new products, because this will generate more revenue.

In fairness to Microsoft, this attitude of making security the last priority is common to all companies that sell software.

The company has perfected the art of playing the victim. It has more legal staff on its payroll than most companies and end user licence agreements that ensure it cannot be held liable for anything that happens as a result of bugs in its software.

Those ranks of lawyers ensure that only foolhardy people would try to sue the company; it would take too long and involve too much expenditure.

There are other ways to block the publicising of bugs, too. Recently, Xerox sued to prevent Raphaël Rigo of Airbus Security Lab from presenting a paper titled "Attacking Xerox multifunction papers" at an online security conference.

Microsoft benefits when there are security issues like the Exchange Server one. The company is using the attacks to push for people to move to its cloud, rather than run on-premise Exchange Servers. That will mean more money.

When security assistance is provided to companies which are affected by these bugs, Microsoft charges the companies in question commercial rates. Same as it does with companies affected by ransomware – which affects its Windows operating system.

For maybe the last 18 months, Microsoft has been trying to disguise itself as a firm that has a good security arm, issuing proclamations about X being responsible for this, and Y being responsible for that. Companies that attribute attacks to countries that the US Government has on its list of enemies du jour will, of course, get a sympathetic hearing in Washington.

The security industry always insists that Microsoft is the target of attacks because its products are the most widely used. In the case of Exchange Server, this does not hold good. But, in general, that is the argument advanced when Microsoft's products come under attack.

When these people are asked why Android, which has roughly twice the number of users as Windows, does not attract even half as many attacks, there is no answer.

For those who insist on continuing to use Microsoft's products, one has no sympathy. If they did not know earlier, they are now aware that the products from this vendor are of very poor quality.

But then. taking responsibility for one's own set-up is difficult. And companies are loath to hire highly qualified techies or change things, both for one simple reason: it means more money has to be spent.

So here's looking to the next round of this circus, which could be any time during the year. North Korea and Iran are the two remaining countries on the US' blacklist — Russia and China have already had their turn — so there's plenty of room when looking for countries to blame.

More in this category: « Plenty of mirth as Recorded Future, NYT and ex-NSA man have a punt each way What's up, Josh? No Facebook deals for Nine, News and ABC »
Share News tips for the iTWire Journalists? Your tip will be anonymous