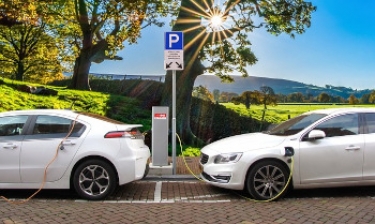 The UK is expected to announce this week that it will bring forward its phasing out of the sale of new cars that run on petrol and diesel to 2030.

Meanwhile, Australia is looking to tax people who buy electric cars, with South Australia leading the way and NSW also hinting it will look at a similar measure.

[Full disclosure: the writer has owned an electric car for the last three months.]

Britain has a target of net zero greenhouse gas emissions by 2050, while Australia has no target at all.

The UK has set aside £500 million (A$907 million) for setting up charging stations, according to a report in the usually reliable Financial Times. People often refer to the British prime minister Boris Johnson in derogatory terms, but in this case one has to applaud the man. Meanwhile Australia has no energy policy at all.

The South Australian Government move, which can only be termed retrograde, would have motorists who drive electric cars also buy petrol the way they did earlier – and maybe throw it away so that the government can take its precious excise.

As the times change and new technology comes in, technology that makes things better for everyone — anyone who wants to see the effects of unfettered diesel and petrol use should go to New Delhi right now and do some deep breathing — should be taken up.

It is the job of those in power to think up new ways of pulling in revenue, not create disincentives for people to stay with their existing cars and keep belching fumes into the atmosphere.

But then, remember, this is Australia. The Australian prime minister who was in power when money from China started rolling in did nothing to create new industries which would ensure that we did not depend on digging up dirt and sending it to Beijing for all eternity in order to earn revenue for the country.

John Howard was content, much in the same way that the South Australian Government is right now, to sit back and do nothing.

To those who say this is fanciful talk, just take a look at Singapore, a country which has little land, no resources and yet is a global player because it has developed a very efficient services sector.

There is no lack of brainy people in Australia whose talents can be channelled to set up new industries that are not dependent on the vagaries of other countries' policies in order to succeed. And now, Australia has the nerve to blame China for its predicament.

When will any government encourage those who think outside the box? Politicians are stuck in their ways and the South Australian tax is just the latest evidence to show that this is a country of lions who are ruled by donkeys.

More in this category: « Telstra does not seem to know who its customers are Google anti-trust case likely to fizzle out like a damp squib »
Share News tips for the iTWire Journalists? Your tip will be anonymous