Security firms love ransomware. Why would they bite the hand that feeds them? 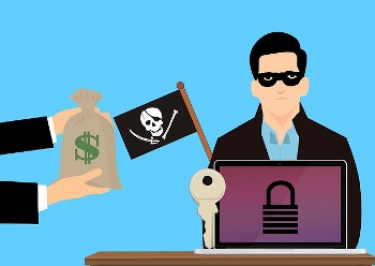 Why would security firms be keen to stop the advance of a brand of malware that is a major cash cow for them? Only a fool would want to stop that malware from making bigger and bigger inroads into the world of Windows users and that should be obvious to anyone with the IQ of the common cockroach.

So why security firms were asked this very question is a mystery to me.

Even Microsoft — whose systems, mark you, have been the hosts for every single ransomware attack that has affected commercial entities to date — profits from ransomware.

Ironical, I know, but true. When Norsk Hydro, a Norwegian company, was hit by the LockerGoga ransomware, I asked them whether the assistance rendered by Microsoft — which the company eulogisedin a blog post — had been free. Pat came the answer: no, Redmond wanted its pound of flesh.

For a long time I have not written a word about ransomware because it is a waste of time. Microsoft is not interested in Windows, apart from banking all the money that its sales provide.

The company's chief executive, Satya Nadella, has been busy sucking up to the Trump administration and the results are there in black and white and on the bottom line: Microsoft got a US$10 billion Pentagon cloud project ahead of the company most favoured to get it, Amazon. Indeed, many of the specs for the tender seemed to have been written with Amazon in mind.

And Microsoft also got a waiver to sell Windows to Huawei, despite all the strictures placed on the Chinese behemoth. Google asked for a waiver to license the commercial apps, that are part of its Android mobile operating system, to the same Huawei and was left hanging.

But then, Donald Trump and his team do not like Google. Why? Take a look here.

Back to ransomware. No security firm will ever say a bad word about Microsoft. It means less contracts and therefore less money. That's the whole point of the security game (and every other tech game). The 800-pound gorilla has regained its clout in the tech industry.

One company, Avecto, used to issue the only sensible advice about using Windows — removing administrator rights would mitigate 80% of the critical vulnerabilities found in Microsoft products, it found — but in recent years even they have gone silent.

Ransomware, meanwhile, has grown into a major industry. Gangs are demanding million-dollar ransoms – and getting them. The people behind the ransomware packages have added data theft to their packages and it is a well-traded business on the dark web - and also on the Internet, in many cases.

Microsoft? They've hired more lawyers and inserted more and more clauses in their end user licence agreements (remember the EULA?) to avoid responsibility when the ship goes down.

Why they wouldn't even trust Windows enough to use it as a mobile platform. No, they preferred to play safe by using Android. That is something akin to parents disowning their own children in public. But when it comes to money, Microsoft has no shame. Indeed, it lacks shame in the face of anything.

Don't expect security people to look after your ransomware problem – unless you are willing to fork out a goodly sum. Switching operating systems is the best bet – it's tough but if a half-educated person like me can do it, then anyone can.

More in this category: « Since when are six-year-old comments by Torvalds newsworthy? Trump's election hopes are pinned on China-bashing »
Share News tips for the iTWire Journalists? Your tip will be anonymous