Scotty is silent because his fingers are all over robodebt scheme 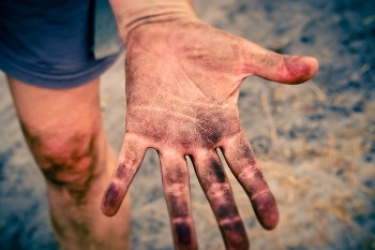 Image by MichaelGaida from Pixabay

Until yesterday, I was wondering why the Prime Minister Scott Morrison, a honest Christian man who goes to church every Sunday, was not letting fly at the men who had tried to reclaim money from the poor and starving in this country and ended up with a bill of $1.2 billion in legal fees.

It was left to a Sri Lankan mate of mine to educate me (thanks, Arjuna!). The picture he sent me tells its own story. Morrison's fingers are all over this scheme so he is trying to shrink into the woodwork — or maybe hide below window-level in the backseat of the prime ministerial limousine — to avoid any awkward questions.

On 28 June 2016, Morrison was reported as having flagged a welfare crackdown which would find $2.3 billion in extra budget savings to keep the budget in the black.

But Labor is not exactly innocent in this mess, though from its utterances you would think that it was stain-free.

Sorry, prime minister, but some of those smelly migrants you let into this big brown land can often ask awkward questions.

Going by Wikipedia, it appears that the idea of having an automated scheme to check data between the ATO and Centrelink to "identify individuals who wrongly received welfare payments when their earnings made them ineligible", was though up by Julia Gillard's government. 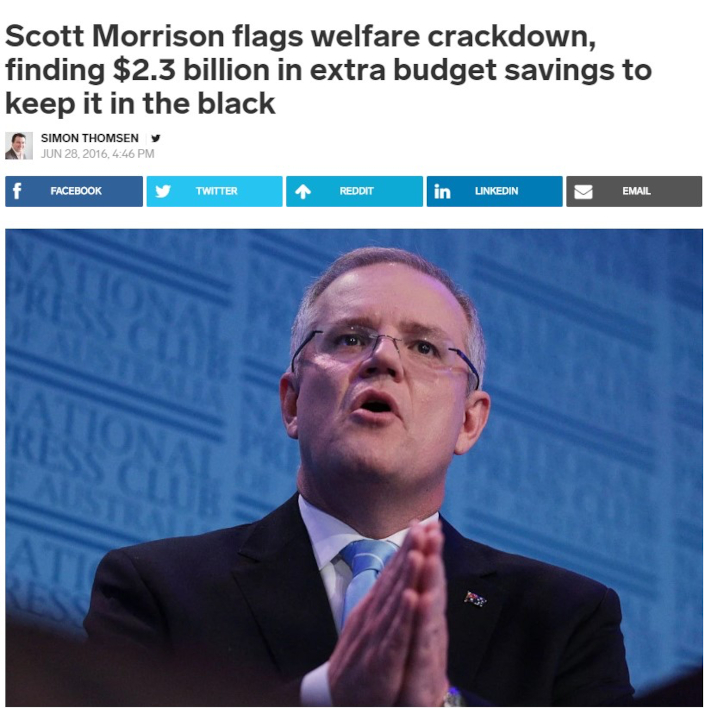 When it was proposed by Tanya Plibersek and Bill Shorten, the scheme was seeking to pull in an extra $71 million into the budget.

Tony Abbott took to the idea with gusto in 2015, "by increasing the pursuit of outstanding debts and investigation of cases of fraud in the Australian welfare system".

And after Abbott was stabbed in the back, Malcolm Turnbull proved to be no less an enthusiastic pursuer of this scheme, implementing "an overhaul of the federal welfare budget in an effort to crack down on Centrelink over-payments believed to have occurred between 2010 and 2013 under the Gillard government".

The automatic system was put in place in July 2016 and given a name too: Online Compliance Intervention. Sounds real good, don't it?

Wikipedia adds: "Announced to the public in December 2016, by then-Minister for Social Services Christian Porter, this new automated debt recovery scheme – given the colloquial name 'robodebt' by the media – was estimated to be capable of issuing debt notices at a rate of 20,000 a week."

Stuart Robert was just the latest man to have a share in the tainted scheme. As also Alan Tudge.

One often wonders why people who have so much — politicians are prone to complain about their pay, but they get much more than the average company worker does — always want to squeeze the most vulnerable in our society.

How is it that these men, many who claim to be good Christians, cannot accept the fact that lots of people are poor for no fault of their own and that charity is the foremost of Christian virtues?

Coming from India as I do, and understanding the true meaning of the word poverty — it gives you an unique perspective when you see a cow eating something from a bin and then witness a man rush up, push the cow away and eat what the animal was consuming — I guess I will never understand why those who have the most always want more. Shame has gone missing in this country.

More in this category: « Robodebt: Stuart Robert does not even have the decency to blush Everybody's favourite whipping boy, encryption, is under attack again »
Share News tips for the iTWire Journalists? Your tip will be anonymous