Russian interference myth is alive and well Down Under 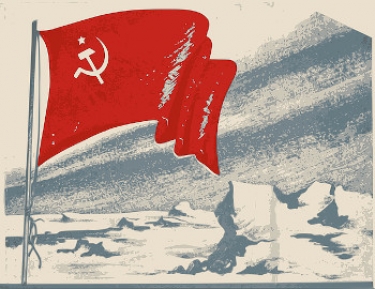 The Australian Government appears to have an abundance of money to waste on useless inquiries driven by partisan reports from organisations that have its seal of approval. This is the only way one can account for an ongoing Senate inquiry into "foreign interference through social media" based solely on a "research" paper from the Australian Strategic Policy Institute that claims elections are fixed by two countries: China and Russia.

The inquiry in question was supposed to be winding up its acceptance of submissions on 13 March but seems to have extended the date for submissions, 19 of which have been received.

The hyper-ventilation about meddling in elections comes in the wake of similar hysteria in the US drawing a complete blank, though not for want of trying.

iTWire has reported on this so-called research paper, pointing out that when "researchers" leave out the one country that has interfered with more elections than any other nation, and also tried to overthrow elected leaders whenever it suits its interests — the United States of America — everything that follows is tinged with intellectual dishonesty.

ASPI, which gets some money from the government ($4 million in 2018-19 or about 43% of its budget), claims to be independent and non-partisan, but accepts money with both hands from global defence companies.

Exactly, how such an organisation can claim to be non-partisan is beyond understanding. That the Coalition Government blindly accepts the "research" of a body like this is even more surprising.

And if all those corporates were insufficient, General Atomics Aeronautical serves as a corporate supporter.

The US was swamped with people shouting themselves hoarse about Russian collusion in the election of Donald Trump in 2016, but a two-year inquiry by former FBI chief Robert Mueller ended with nothing to show.

Muelller indicted 13 Russians early in 2018; the indictments were seized upon by American media, who treat such documents as declarations of guilt, rather than what they are: a series of allegations that have to be proven in court.

In the normal course, nothing happens after such indictments are released, but in this case, one defendant sent lawyers to court, taking Mueller by surprise. He had to promptly declare most of his evidence confidential.

But when the lawyers persisted in discovery, he grew nervous and in March this year the case was dropped by the government. Other indictments by Mueller have, similarly, gone nowhere with regard to Russian connections.

Taking up the Russian theme — and adding a bit of Chinese flavour — was easy for ASPI, who put Fergus Hanson, Sarah O'Connor, Mali Walker and Luke Courtois of its International Cyber Policy Centre to work. The organisation's main game is to hype up the atmosphere of fear in this country and the Asia-Pacific so that its sponsors can sell more arms to governments in the area. It's an old game.

Why any country would bother influencing elections in Australia is a mystery. China already has enough stooges in the Australian Government to do its bidding and it would only be a complete fool who would meddle with what is an ideal state of being.

Additionally, there is compulsory voting in this country, so how exactly does one influence one side or the other? How many Australians are willing to pay a fine for not turning up at a voting booth and getting their names ticked off? (You don't have to vote, just stuffing an unmarked ballot paper in the box will do). So how does one keep people away from the booths?

As to Russia, one is inclined to think that its leaders are more occupied with what is happening on its borders, rather than in a place that lies many thousands of kilometres away, has little in the way of military strength, and is known as America's poodle. It is mere vanity to think that Australia is that important to a nuclear power like Moscow.

Doubtless, when the inquiry is done, the government will throw some crumbs — read funds — ASPI's way. That is what the organisation expects, and unless and until the mainstream media start questioning ASPI's actual motives, it is bound to continue in the same vein.

More in this category: « When will the NBN Co reveal plans for upgrading the network? Google balks at paying publishers a mite from its billions »
Share News tips for the iTWire Journalists? Your tip will be anonymous