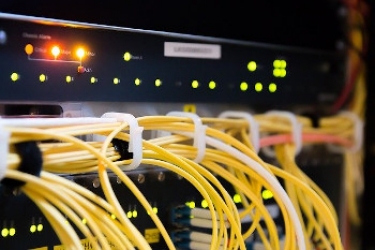 Alas, that has not been possible, because both politicians opted not to participate. Rowland was gracious in refusing to take part, informing us through her PR minder Adam Boidin that she would have something to say about the future of the network in coming months.

"I’ll keep you in the loop, and look forward to circling back in the not-too-distant future."

As regular readers are aware, iTWire has run a series of articles beginning in mid-June, canvassing the views of network experts on the future of the NBN, given that the rollout officially ended in June.

Fletcher did not so much as opt out as ignore iTWire's request, sent to his PR minder Brad Hatch. But Hatch did respond about an unrelated matter, inquiring in a what seemed to be an agitated tone, "Am I reading your recent article correctly, that you would have 'kicked' the Minister?"

He was referring to this article, where I had made a metaphorical reference to placing a boot on Fletcher's backside. In the article, about a Q&A program, I wrote: "This kind of [political] culture is what enables Paul Fletcher to come on the air and deny that ABC funds are being cut. Man, I have never seen a bigger lie than what he uttered on Q&A on Monday night. It is written in black and white (and the occasional blue) in the national budget. But Fletcher has his own set of mathematical tables to look at for his conclusion. Like Malcolm Turnbull, he does not appear to believe in the laws of mathematics.

"But guess what? That big softie Alexander Downer claims that Fletcher was badly treated — had I been in charge I would have kicked him — and ministers should not appear on the program any more. This is the same Downer of noble birth, a man who loves fishnet stockings, oil from Timor and arms from Baghdad."

On the day after Q&A, Downer complained in a tweet that Fletcher had not been allowed to speak freely on the program; indeed, the communications minister's blathering had been kept in check by that very competent ABC staffer Virginia Trioli who has a strict policy on allowing anyone to vent on a program which she is moderating and cut him to size every time he attempted to keep talking at length.

Given that that was the sole word I heard back from Hatch, it looks like that metaphorical statement of mine scotched even the tiniest chance of having Fletcher give his views on the future of the NBN to an iTWire audience.

As I wrote in 2018, there has long been a tendency among Liberal politicians to cast anyone who disagrees with their decision to switch from fibre to a mushroom technology mix NBN in 2013. That's what MTM stands for, right?

At that time, the incident that occasioned my comment was when Associate Professor Mark Gregory of RMIT University was repeatedly questioned about his political affiliations, after he had made a fairly robust opening statement at a hearing of the joint standing committee on the NBN.

The chairperson of the panel, Sussan Ley, a former minister in the Turnbull cabinet who was forced to resign in 2017 after questions were raised over personal trips she had made using taxpayer funds, kicked off her remarks to Gregory with this: "Would you describe yourself as an independent commentator on the NBN network and say that you don't have any political motivation for appearing before the committee today or the frequent media appearances that you undertake?"

Gregory is a man who speaks in dry tones and bases his technical views on the technology with which he is confronted. I have interviewed him numerous times and he is one of those rare subjects who never lets emotion get in the way of his arguments. He is as far removed from politics as any Australian I have met.

But given this Liberal attitude, I have no doubt that I am also cast among the Labor NBN supporter class. As I said in a footnote to the piece about this hearing: "The writer supports the provision of fibre to the premises as far as is technically feasible and is therefore, by definition, a Labor stooge." And that is probably why Hatch did not take my invitation to his master.

Sadly, one man whose opinion I value on matters to do with the NBN, Mike Quigley, the first chief executive of NBN Co, cried off from offering his views on the future of the NBN because he did not have the latest data about the network readily available and said it would not be right for him to pass judgment unless he was up-to-date – an unsurprising reaction from a nerd.

More in this category: « Telstra should have bought a dictionary before taking Optus to court Google, Facebook caught on the hop as Frydenberg strikes »
Share News tips for the iTWire Journalists? Your tip will be anonymous