Robodebt: Stuart Robert does not even have the decency to blush 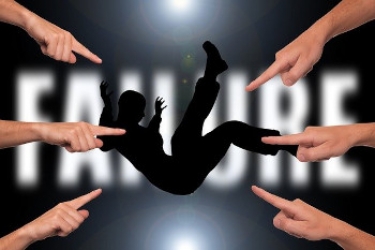 The Australian Government has cheerfully forked out $1.2 billion of those green notes to settle a lawsuit in the robodebt case. I think it's a good moment to stop and consider whether some ministers should be told, in strict terms, to avoid taking any initiatives that involve technology.

No matter what the Coalition touches, — remember that good old network, the NBN, and its $29 billion bill as projected by Malcolm Turnbull? — if it involves technology, it just crashes and burns.

You can see the fingers of Stuart Robert, the man who paid that impressive Internet bill some time ago, Alan Tudge, who was recently accused by a judge of indulging in criminal conduct, and Christian Porter, the man who was the star act on Four Corners last week in connection with his alleged philandering, all over this debt saga.

It is passing strange that after all these years of being around technology — Australia, I am reliably told, connected to the Internet in 1989 — these fine samples of humanity have little idea of what you can achieve with tech.

The old rule of garbage in, garbage out was apparently not taught to them. We need qualifications for everything in Australia, even to be an apprentice, but you can be the village idiot and still become a minister.

. @SenatorSiewert told RN this morning many victims of illegal Robodebt system suffered shame, distress and indignity at being falsely accused of rorting. It will be interesting to see what shame emerges in the government.
pic.twitter.com/ysgeXDFA1T

That the three will not face any blowback is obvious as their protector, Scotty from Marketing, will talk the hind leg off a donkey to prevent any mention of actual penalties being levied on these nincompoops.

As one erudite Australian was pointing out on ABC 774 this morning, Morrison was very quick to castigate Christine Holgate for spending $20,000 on some Cartier watches and even named her in Parliament, forcing the poor woman to quit her job.

But here's merry old Robert wallowing in waste to the tune of a cool billion and there's not a sound from Scott. Sorry, there is one, it's the sound of silence. Pity Simon and Garfunkel ain't around to put this episode to music.

In government circles, competence is ranked about the lowest attribute that will land you a cabinet post. Dumb loyalty? That comes top of the lot. And yet we poke fun at countries like Iraq and Zimbabwe where despots demand the same kind of loyalty from their followers.

One would think that Robert would be skulking around in the shadows after what any blue-blooded American would describe as a glorious clusterf***.

But no, the man was out and about this morning, actually defending what he had done!

When you get to that stage, I tend to think that even sinking a pin into the fleshiest part of the man's arm would not result in a yelp. The Bible, a book which I'm sure Robert owns and reads, describes this condition as having one's conscience seared as if by iron.

When the government is asked to put some money towards this project or that, all of them for the public good, you can hear squeals of "we don't have the money, we are in a recession, we are deeply in debt, we cannot indulge in waste" and so on, ad infinitum.

But Robert and his ilk can throw good money after bad and I'm pretty sure they will all be there, perhaps in different portfolios, after the December cabinet reshuffle. Who's willing to give me odds on that?

More in this category: « Google anti-trust case likely to fizzle out like a damp squib Scotty is silent because his fingers are all over robodebt scheme »
Share News tips for the iTWire Journalists? Your tip will be anonymous