Queensland says COVIDSafe app has not caught even one infection 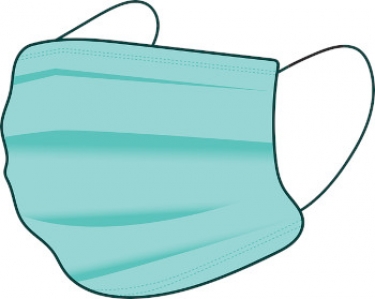 Image by digital designer from Pixabay

The Queensland Department of Health has indicated that not a single COVID-19 positive individual has been identified as a COVIDSafe user in the state.

The department was sent a query — as were all other health departments in the country barring a few territories which had no email addresses for contact — on 15 July.

Not a single other health department from the bigger or smaller states has responded, though many may have not bothered to do so because I did not state a deadline. And then again, who is iTWire?

Still, it is instructive that Queensland, a state which people from Victoria and NSW are often prone to criticise and class as somewhat uncivilised, was the only state that bothered to reply.

The idea to ask the states how many active COVIDSafe users there were came about following a suggestion from one of iTWire's readers, who goes by the nick Grumpy.

In a comment on this article, he/she wrote: "Whenever this app is discussed it is always number of downloads – a meaningless number as the app may have been downloaded and subsequently deleted. Could we have [the] number of active users? This must be known as the app registers with servers for the anonymising identity keys. Number of active users at various times of the day would be even more interesting."

It seemed like a worthwhile exercise as the Federal Department of Health, though very quick to answer my queries and very easy to deal with, had said it could not provide data on the states, and that the only figure it could provide was that 6.7 million Australians had downloaded the COVIDSafe app.

It took a little while, but I sent emails to every one of the 23 addresses listed for the various health departments in the country, including that for the Antarctica. A few territories, like Jervis Bay, had no contacts listed.

Most of the 23 email addresses were for various health departments in Queensland, but I did not miss even one as it was unclear as to who could provide the data.

Many of the people at these Queensland departments politely wrote back immediately to say that since COVIDSafe was a federal initiative, I would be better off asking the Federal Department of Health.

To which I sent a standard reply: I had been told by the Feds that only states could provide data on users.

If any health officials from NSW, Victoria, WA, SA or the ACT read this: I'm sorry for not providing a deadline, but if you have this data and can send it in, please do so. My email address is sitting in your inbox.

More in this category: « Hypocrisy, thy name is Tim 'Wolverine' Wilson Wireless and the NBN don't jell. Good old Ethernet is the answer »
Share News tips for the iTWire Journalists? Your tip will be anonymous