Q+A spreads misinformation – while discussing how to stop it 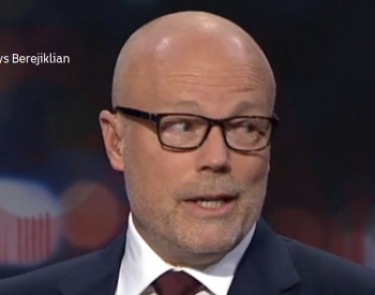 The ABC's weekly talkfest Q+A often provides much fodder for a good laugh as it is mostly filled with people whose sense of self-importance is directly proportional to their lack of knowledge on most of the subjects on which they expound at length.

But on Thursday night, apart from the comical, there was also a bit of misinformation – spread by the former head of the Australian Cyber Security Centre, Alastair MacGibbon, now part of the private sector cyber security industry.

It was passing strange that his statement about the 2016 US presidential election was allowed to go unchallenged by the moderator, Stan Grant, himself a bloviator of no mean proportions, given that one of the topics under discussion was misinformation itself!

A member of the public, Harleen Singh, asked how teenagers could distinguish between misinformation and truth on the Internet.

Part of MacGibbon's contribution [it starts at 30:36 on this video] was this: "They [meaning Facebook] have strip-mined the Internet without any consequence or understanding of the consequences of their actions. They've been dragged since 2016 and the Russian interference in the US presidential election to the concept of being at least partly responsible for the information that is displayed on their many sites to the billions of people that use it. [enphasis mine]

"When you make as much profit as a company like Facebook does, don't tell me that putting a few hundred million dollars into doing some form of enforcement, protecting people is actually a fair equation. It's just not.

"People are harmed through this, whether it's our democracy which, frankly, is our greatest asset as a nation. if that's undermined by the inability of one of these sites to actually do what is socially responsible, then that's a huge travesty.

"If a young person is harmed because of actions that they could have prevented as a company, they should be ashamed. And they're not becoming socially responsible. they're being forced into it by the Australian..."

At which point he was interrupted by Communications Minister Paul Fletcher – one of numerous interruptions by Fletcher during the hour-long show.

Shouldn't MacGibbon have been aware that the theory of Russian interference in the US election has been shot down more times than once? A year-long investigation led by former FBI chief Robert Mueller found zero evidence to support the Trump-Russia conspiracy theory.

And more recently, the indictment of a lawyer named Michael Sussmann for allegedly lying to the FBI has offered even more evidence of how the whole Russiagate scandal was fabricated.

Additionally, a group known as Veteran Intelligence Professionals for Sanity, which includes former NSA technical director William Binney, has questioned the claim that emails from the Democratic Party headquarters were stolen across the Internet. Both have provided evidence to show that the exfiltration of data could only have been a local job, due to the bandwidth that was needed.

As award-winning journalist Aaron Maté wrote in September: "Although Sussmann faces just one count on a false statement charge, the 27-page charging document offers an expansive window into how the Russiagate scam began, and how Democratic operatives, intelligence officials, and establishment media figures dishonestly fed it to the public."

Other celebrated journalists like Glenn Greenwald and Matt Taibbi have also blown the whole theory to bits, exposing it for what it was: a bid by Hillary Clinton to make up for running a poor campaign.

Surely, if MacGibbon was going to appear on a national TV program, he should have done some preparation for it and ensured that he was sticking to facts?

One would think so. But maybe he was too busy touting for business, talking to the media about some data his company has dug up – which shows that cyber crime is growing. Nothing novel at all about that, every two-bit security firm will tell you the same tale.

Which raises the question: how does Q+A pick panellists? Are there some criteria to ensure that the audience cannot be led down the garden path? Or does the selection only depend on being a mate of the ABC?

More in this category: « Melbourne earns a dubious distinction: most locked down city under COVID Govt stance on China not reflected in cloud hosting as AWS gets tick »
Share News tips for the iTWire Journalists? Your tip will be anonymous