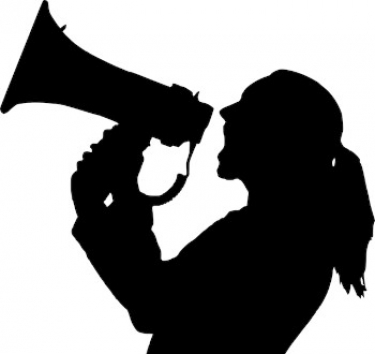 US Secretary of State Mike Pompeo is fond of shooting his mouth off, castigating this nation and that, or this company and that, in his bid to show that the US can dictate terms of behaviour to the rest of the world.

One of his recent over-the-top statements was about the Communist Party of China breaking its Paris climate Agreement commitments and also violating its promises about not militarising the South China Sea.

The issue was raised at the daily Chinese Foreign Ministry briefing on Thursday by the Global Times which was probably not prepared for the blast that came back from spokeswoman Hua Chunying.

"Actually, I don't want to comment on this. I don't want to turn our MFA [Ministry of Foreign Affairs] press conferences into special briefings debunking Pompeo's lies," Hua replied.

"But since he made these comments, I have to respond to them. I have noted his intensive remarks in the past few days attaching and smearing China. China's position on climate change and the South China Sea is crystal clear. As he's been talking about China violating international law or treaties, I think it might be interesting to see how many groups the US has withdrawn from."

And with that introduction, she embarked on what seemed to be a never-ending list of broken promises by Washington, without even pausing to draw breath.

"In 1982, to maintain its maritime hegemony, the United States refused to sign the United Nations Convention on the Law of the Sea (UNCLOS), of which it is still not a party," Hua said. 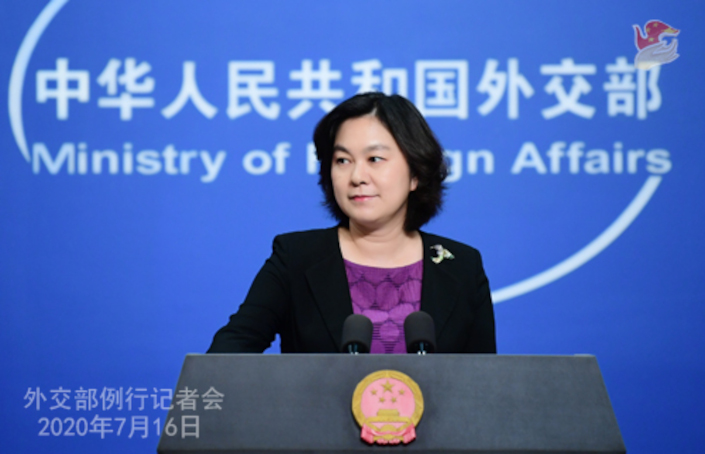 Hua Chunying cut Mike Pompeo down to size during a briefing on Thursday. Courtesy Chinese Ministry of Foreign Affaits

"In 1984, the United States formally withdrew from UNESCO, dissatisfied with the gradual erosion of its cultural control by developing countries. After returning to the organisation in 2003, it once again withdrew in 2017 on the so-called ground of saving funds and urging reform.

"In 1995, the United States withdrew from the United Nations Industrial Development Organisation and refused to pay arrears by claiming domestic budgetary constraints.

"The United States has refused to sign the Kyoto Protocol since 2001, saying it was not in its national interest to meet relevant environmental obligations.

"In 2001, the United States withdrew from the United Nations World Conference against Racism, Racial Discrimination, Xenophobia and Related Intolerance after failing to prevent discussion of Israeli military action against Palestinians.

"In 2002, the United States withdrew from the Rome Statute of the International Criminal Court, citing unfavorable terms for American soldiers, diplomats and politicians.

"In 2017, the United States announced its formal withdrawal from the Trans-Pacific Partnership (TPP) because it believed that multilateral trade agreements were not in its best interests and hindered its "America First" policy.

"In 2017, the US government announced its withdrawal from the Paris Agreement, believing that it hindered the economic development.

"In 2017, the United States withdrew from the United Nations Global Compact on Migration, and cast votes against the UNGCM at the UN General Assembly.

"In 2018, despite the fact that the IAEA confirmed Iran's fulfillment of its JCPOA commitment and that the United States had no clear evidence to show Iran conducted nuclear tests in breach of the deal, the United States withdrew from the JCPOA, which has been endorsed by the United Nations Security Council, and imposed economic sanctions against Iran.

"In 2018, the US announced its withdrawal from the UN Human Rights Council claiming it failed to effectively protect human rights.

"In 2018, the United States withdrew from the Optional Protocol to the Vienna Convention on Diplomatic Relations, concerning the Compulsory Settlement of Disputes relating to the jurisdiction of the ICJ in order to avoid a Palestinian complaint filed legitimately to the ICJ.

"In 2019, the United States withdrew from the INF Treaty to develop short- and medium-range missiles without restraint.

"In 2020, under the pretext of alleged Russian violations of the Open Skies Treaty, the United States announced steps to exit the Treaty.

"In 2020, the US government, looking for scapegoats for its botched response to COVID-19, announced its withdrawal from the World Health Organisation. It should be noted that the United States still owes more than US$200 million in assessed contributions. Will it pay it off before exiting?"

Hua was not done yet. "Before criticising other countries of failing to comply with international law and treaties, the US should first reflect upon its own record of exiting at every turn whenever its interests are not served," she added.

"It exposes its hypocrisy, stark hegemony and double standards. Will the US rejoin these treaties and groupings before attacking China? I hope the US can act like a truly responsible major power and honour international law and treaties it has joined like small and medium countries."

More in this category: « UK excuse for Huawei ban just does not hold water DTA believes in renewal. A complete purge every 18 months »
Share News tips for the iTWire Journalists? Your tip will be anonymous