Plenty of mirth as Recorded Future, NYT and ex-NSA man have a punt each way 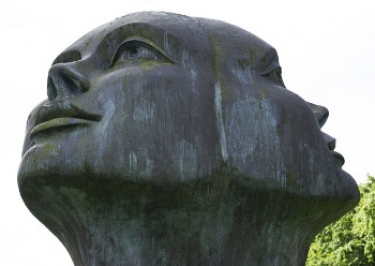 Image by Frederic Willocq from Pixabay

CIA-backed threat intelligence firm Recorded Future has issued a document in which it claims that a China-linked group named RedEcho is targeting the Indian power industry. That's the meaning from the headline which is very definitive.

But within the body of that document, Recorded Future takes more than one step backward, citing characteristics of other China-related groups (related? linked?) before saying: "Despite some overlaps with previous groups, Insikt Group [the fancy name for its research wing] does not currently believe there is enough evidence to firmly attribute the activity in this particular campaign to an existing public group and therefore continues to track it as a closely related but distinct activity group, RedEcho."

Is China behind the group RedEcho? Ah, when it comes to that, the good folk at Recorded Future are every bit the bashful teenagers. The words "appear", "indicate" and "may" are used often within the document which runs to about 15 pages.

Then why issue this half-baked report? Perhaps there was a call from Langley, needing some backup for something in the political pipeline.

Whenever there is a report from an American security firm, one needs to bear in mind that there are four countries on Washington's official enemies list: China, Russia, North Korea and Iran.

Given that all security firms base their attribution of the various security threats they issue statements about, using fancy names, to a few helpful hints from some intelligence agency or the other, a little help to those nameless and faceless agencies is always welcome.

But in this case, there were a few wheels within wheels. First Recorded Future leaked the document to the New York Times. As usual, the NYT made the "findings" take on a life of their own, adding more certainty to the mix than even Recorded Future had infused into its headline.

And before anyone claims I’m gatekeeping journalism with tech elitism or whatever the frustrations I’ve had in the past are over tech details that fundamentally change the story (e.g. Baltimore ransomware EternalBlue link) not just tech details. But nothing of that is here

Reporters David Sanger and Emily Schnall wrote: "The study shows that as the standoff continued in the Himalayas, taking at least two dozen lives, Chinese malware was flowing into the control systems that manage electric supply across India, along with a high-voltage transmission substation and a coal-fired power plant."

But then came the admission that dealt a death-blow to these conclusions: Recorded Future could not gain access to India's power systems and hence could not examine the code involved.

Plus, the NYT pointed out that the firm had made this admission: "...the alleged link between the outage and the discovery of the unspecified malware” in the system "remains unsubstantiated".

The NYT has form in this regard: beating up some information to make it appear dangerous and the harbinger of doomsday. The last time it put out something like this was in January, when Sanger and two others, Nicole Perlroth and Julian Barnes, claimed that that the wares of a software company known as JetBrains could have a connection to the supply chain incident involving SolarWinds' network management software known as Orion. 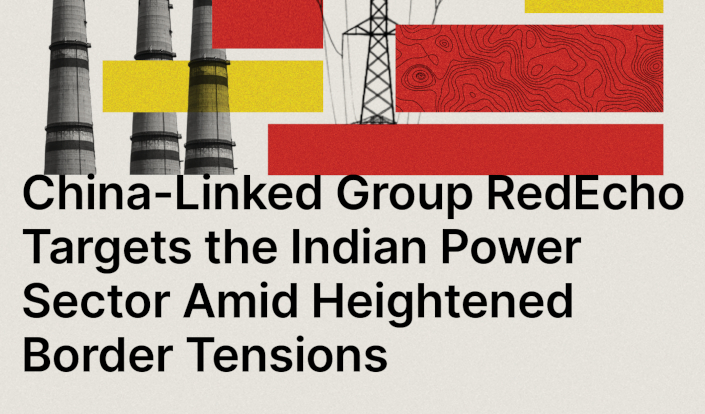 The headline on the Recorded Future study.

On that occasion, the newspaper's scribes faced the wrath of ex-NSA hacker Jake Williams who came straight to the point, saying: "As I continue to interact with folks dealing with the aftermath of the NYT JetBrains story, I'm calling it - the story was irresponsibly released.

"The story lacks any actionable details and has collectively cost overworked security teams *thousands* of hours in response."

There was yet another angle to the RedEcho story, which offered more potential for laughter. Enter Robert Lee, again an NSA alumnus, a man who runs a company known as Dragos that specialises in the security of industrial control systems.

Lee had a bet each way, seemingly keen not to offend either Recorded Future or the NYT. "Interestingly, the NYT writes: 'Now, a new study lends weight to the idea that those two events may well have been connected' referring to a power outage last year in India," he said in the first of a series of tweets. "But what’s interesting is the RF analysts don’t seem to say that noting instead a link is unsubstantiated."

Lee's use of the word "interesting" is indeed, well, interesting to say the least!

"It seems the NYT is just offering a potential link, but the analysts don’t support it," wrote the ever-cautious Lee. "Not critiquing any party involved but kudos to the analysts for sticking to their point that what they found was interesting and targeted, but chose not to speculate further."

He found that the Recorded Future analysts were "being "very reasonable and professional". Exactly what Lee learnt at the NSA is not known, but he seems to have majored in PR.

While spreading balm on both sides, Lee also hinted that it was not worth rushing to read the RF report. "For all my colleagues in electric power there’s nothing here that would say any power outage was the result of a cyber attack or anything like that and if RF had any 'imminent' risk type intel they’d have shared it. Looks isolated. So rest easy and just read the report tomorrow," was his sage advice.

His final words on the NYT report? "Without being ad hominem as I do like David [Sanger] (damn good journalist) I will say I’ve been frustrated more than a few times with NYT cyber reporting from a technical detail perspective, but outside the one unsupported claim I called out it reads pretty reasonable."

Lee then seems to have decided that he needed to paint himself as the soul of reason. "And before anyone claims I’m gatekeeping journalism with tech elitism or whatever, the frustrations I’ve had in the past are over tech details that fundamentally change the story (e.g. Baltimore ransomware EternalBlue link) not just tech details. But nothing of that is here." In other words, all those nasty words in the past were really not nasty, not at all.

All's well, that ends well, it would seem. Or appear.

More in this category: « Facebook, Frydenberg both claim victory; for Google, silence is golden Strange but true: everyone except Microsoft is blamed for Exchange Server attacks »
Share News tips for the iTWire Journalists? Your tip will be anonymous