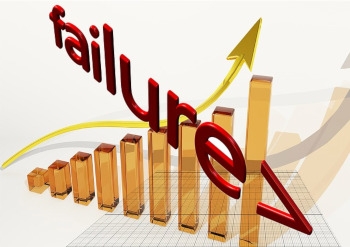 Human resources outfit PageUp People, which was hit by a massive data leak that it made public in June, apparently has been receiving post-breach advice from the local office of the biggest PR agency in the world – Edelman.

That much has emerged in an email that Edelman Australia managing director Scott Thomson sent to iTWire editor Stan Beer on Thursday.

"In transparency, we were providing some support to PageUp through the situation," Thomson said in the email, the main purpose of which was to allege, without even an iota of proof, that this writer had reviewed a book about data breaches because of a pecuniary interest.

The strategy adopted by PageUp was not rated very highly by one of Australia's best-known legal and cyber experts, Helaine Leggat.

Referring to the coverage of the PageUp incident in iTWire, Thomson wrote: "Sam’s coverage has been highly critical. We respect and value a free press, but leaving aside the various arguments against Sam’s misinformed positions, we would have thought his strong stance would have warranted an opportunity for the client to provide comment, which I don’t believe they were given."

This statement, incidentally, was made on behalf of a company that does not have any media contact phone number or email address on its site. The same company that hides information about a breach affecting millions, putting one notice in one location and a second in another location.

Thomson continued: "Moreover Sam’s two most recent references are exploitative – to promote a book by authors who are clearly interested in selling services off the back of these incidents.

"I assume there is some relationship between the authors and Sam/ITWire – either social or commercial, although nothing [is] disclosed."

Thomson's reference is to my review of a book written by well-known Australian IT personality Peter Coroneos and brand consultant Michael Parker. Titled The Cyber Breach Communication Playbook, the book provided some pragmatic advice for companies caught in a post-breach world, and reviewed 14 breaches from around the world, including the infiltration at PageUp.

Prior to my emailing Coroneos to ask for a copy of the book for review, the last time I had contact with him was in 2004 when he was heading the Internet Industry Association and Australia was in the process of negotiating a free-trade agreement with the US.

If that is a close commercial or other relationship, then Thomson is a genius when it comes to public relations.

He also tried to ascertain whether there would be further coverage of the PageUp disaster. "It would be great to understand if Sam is likely to be filing more commentary about the PageUp incident, as if he plans to persist then we would appreciate the opportunity to address various flaws in the positions he has taken, as well as address the ethics of exploiting these situations for personal gain."

And this from the local boss of the biggest PR agency in the world who probably takes home a six-figure sum for such efforts. If this is typical, then one needs to hold grave fears for the future of PR in this country.

More in this category: « Apple counting on fear and greed to sell new products PageUp People's ASX plans must be in cold storage »
Share News tips for the iTWire Journalists? Your tip will be anonymous