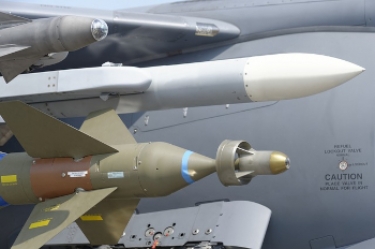 Image by Andrew West from Pixabay

It is curious in the extreme, that only one man, the hard-nosed Bernard Keane who writes for the news site Crikey, was able to tell the public the truth about the great defence announcement by Prime Minister Scott Morrison on Wednesday: it was all smoke and mirrors. Or if you prefer a more direct word: BS.

The rest of the media all took a knee for Morrison, making threatening noises about war, how Australia was standing up to China, how Canberra needs to stand on its own feet now that the perpetual ally (read the US) is occupied with matters closer to home and so on.

But why? Is Keane some remarkable figure, some iconoclast, some outlier, who is some kind of oracle, some prophet, some visionary? Or is he just a hard-nosed, cynical journalist who is doing his job?

I was curious to know what Keane had written to the extent that I dug up an old email address to subscribe to the newsletter and read what he had to say in full. And man, it is wonderfully illuminating and does not pull any punches.

Of course, Morrison has form in making an ordinary statement appear like a proclamation from Mount Sinai. The last time he thundered from the pulpit was when he told the nation about cyber attacks in the breathless tone of a man who had just run a marathon.

On that occasion too, the press pack leapt on his words and held out dire threats to China, all of them overblown, with not a single one bothering to tell the public the truth: these attacks have been going on for ages and will continue no matter what Australia does.

The sub-editor who edited Keane's article cut to the bone immediately, with a sub-headline stating: "The media is excited about Scott Morrison's planned increase in defence spending — except that it's nothing more than what we already committed to years ago." It was like puncturing a balloon.

If anything could take the wind out of the sails of a pompous announcement, that clear bit of text did. And Keane did not hold back either: he had two brilliant paragraphs to open his assault: "If you read the papers today, you’d be forgiven for thinking Scott Morrison was going to announce a massive increase in spending on exotic new weaponry (“cutting edge”, “hypersonic”, “strike capability”, etc, etc) to combat the seething menace of China.

“New missiles for defence in $270 billion arms build-up” claimed the AFR. “Scott Morrison shoulders arms to China in 10-year,$270 billion plan,” said The Australian. “Australia to spend $270 billion building larger military to prepare for ‘poorer, more dangerous’ world” the ABC told us. The usual suspects like Peter Jennings of ASPI were exhumed from their bunkers to endorse the spending."

Of course, one wouldn't be surprised if Keane is called unAustralian. Or unpatriotic. Or described as someone who is not a team player, the team being Team Australia.

Some of the slavering over this announcement made one wonder whether people were having an orgasm when they heard it. Nobody even poked fun at Morrison for evoking the 1930s and Adolf Hitler. People forgot all about Godwin's Law.

Keane, unlike many of the patriots, did not waste too many words on debunking the whole announcement, detailing his reasons for doing so in a few short paragraphs.

There is a lot of noise being made about curbing disinformation from Twitter accounts that are said to be manned by Chinese and Russians. I would suggest that we deal with the home-grown variety first – and Morrison's announcement fits squarely in that category.

More in this category: « COVIDSafe app: much ado about nothing after all FCC uses flimsy evidence to damn Huawei and ban fund use »
BACK TO HOME PAGE
back to top