Online tax: Kiwis use the web, Aussies use Windows Featured 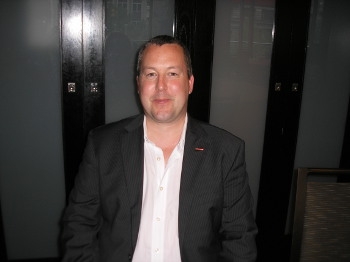 Australians are often prone to look down on their neighbours across the Tasman for one reason or another. But when it comes to filing tax returns online, the Kiwis have the edge on the Australians.

For at least the last 18 months, New Zealanders have had the facility of a web-based tax portal for the public.

One registers, and then calls up the Inland Revenue where a voice-recognition service activates the account. After that, one can login and go about filing.

Stuart Marshall, the business systems manager for on-demand services at New Zealand Inland Revenue, told iTWire that despite having a large number of migrants from various countries, the voice-recognition service had failed only in a very few cases.

"If that happens, then the service puts you through to a human, and you can activate the account through that individual," he said.

There is no operating system that is mandatory, only a standards-based browser.

Australians have to worship at Microsoft's altar; the Australian Taxation Office supplied free software that runs only on Windows - and has been doing so for the last 14 years. Any queries about when others will be catered to, is met with a standard answer that things are being looked into.

If you don't have a Windows computer in your house, then how you file your taxes is unknown. Maybe it's paper forms, maybe you have to go to a tax agent.

Marshall (seen above) ould not suppress a smile when I told him about the antiquated system Australia has. He  was in Melbourne to attend the "Open Source in the Modern Enterprise" one-day conference organised  by SUSE earlier this week.

He told iTWire that the New Zealand government had set a target date of 2015 by which the primary access to all government services had to be digital. The tax portal fell within this target.

Marshall said that IR ran most of its infrastructure using SUSE; he was one of two people who presented use-case studies at the conference.

IR was already a Novell customer when it decided in 2005 to implement SUSE; now it has around 1200 instances running.

The number of sysadmins had fallen dramatically after the implementation, Marshall said. There were now six Linux gurus looking after the 1200 servers, a ratio of 200:1.

"We do have half-a-dozen Red Hat servers and a couple of hundred Windows servers, too," he said. "These are for running applications that can run only on those systems."

But now if anyone brings in a proposal for a new application, then the first requirement is whether it will run on SUSE. If not, it will have to be a special case and absolutely necessary, in order to be approved.

"We are looking to have our systems stabilised for anything coming down the track in 12 months," Marshall said.

Asked whether IR had any plans for moving to cloud infrastructure, Marshall said there were legal concerns about data sovereignty when it came to the public cloud. "So, no, we have no cloud stuff yet, there are legal issues that have to be worked through," he added.

More in this category: « Torvalds blasts Howells, Garrett over secure boot Secure boot: Linux is at Microsoft's mercy »
Share News tips for the iTWire Journalists? Your tip will be anonymous