Once again, Huawei is on trial, but as usual there is no evidence 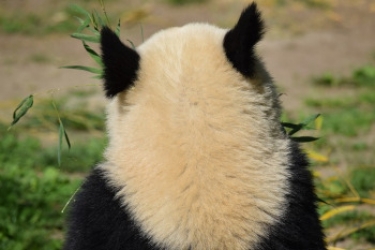 Once more, the unsupported allegation that Chinese telecoms provider Huawei Technologies was up to no good in some country's network has been aired, this time, by the Guardian.

The claims are second-hand, coming from a Dutch newspaper, De Volkskrant, which reported, based on a confidential report by the consulting firm Capgemini, that Huawei could have monitored calls on the Dutch KPN network.

The Guardian, by the way, is the same newspaper that ran a report by a notoriously flaky reporter named Luke Harding back in 2018, claiming that Paul Manafort of the Trump campaign had visited Julian Assange while the latter was ensconced in the Ecuadorian embassy in London. A bombshell story if ever there was one.

The embassy was surrounded by more security cameras than any square foot of London at the time — and that's a high number by any standard — yet not a single one of them caught a glimpse of Manafort entering the embassy. No other publication was able to corroborate this report and while many people called for it to be taken down as it appeared to be a massive lie, the Guardian, true to its reputation, has not bothered to do so.

So exactly what kind of credence does one accord this second-hand claim? Nobody can access the De Vokskrant report which is behind a paywall.

How many times have we heard similar tales in the last few years? I have lost count of "research" that claimed Huawei could have done this, that and the other - but no report has ever produced any evidence. The whole world is expected to believe whatever is spoken in Washington, London or any other Western capitals. Not forgetting Canberra, where Australian politicians, servile at the best of times, love to play the role of an echo chamber for their American and British counterparts.

Here is the tale of one such "report", by a company known as Finite State, which fizzled out like all the others. I tried my level best to interview the people behind it, but they were cagey at first, and then non-responsive.

With the FBI breaking into US systems to delete malware from Microsoft exchange servers and now this, the government is engaged in a breathtaking sprint to protect the Microsoft brand.

Have the Solarwinds hacks led to a quiet embrace of "national champions" style infosec policy? https://t.co/mVK8Q6198W

Given the fact that it is Chinese — and that is definitely not kosher, these days — Huawei is a suspect no matter what it does. Like any other company which has grown to its size, Huawei is no lily-white angel. It uses all the same tactics as businesses in the West do.

When it comes to coding and code quality, Huawei is not in any way better than the rest. There is sloppy code written, there are silly errors like leaving hard-coded passwords lying around, and so on.

But what happens when other companies are found wanting should be taken note of, to understand that this kind of reporting has more to do with politics and much less to do with the quality of the technology.

For example, Microsoft, a company which will mark 50 years in the software business in 2025, has a product called Exchange Server, basically a mail transport agent. Recently, some terrible vulnerabilities were found in this product, to the extent that the top American spy agency, the NSA, got into the act of warning American businesses to patch.

The FBI went one step further, obtained court orders and accessed servers in the US that had been compromised, to remove Web shells and prevent the servers from being used a staging ground for exploitation.

But was Microsoft criticised for the quality — or perhaps that should be lack of quality? — of its software? The short answer is no. It's a good ole American company and that covers a multitude of sins.

Many big US technology companies have opened their doors to the NSA when asked. Or should that be ordered? That much was made public through the material leaked by ex-NSA contractor Edward Snowden. But nobody has sought to shut down any of these companies and blackball them for giving data to spies – who, it is fair to assume, do not have the noblest of motives when they make these requests.

If one applies the same logic to Cisco that one does to Huawei, then all the routing gear supplied by the former and used in networks worldwide would have to be ripped out.

But Huawei? Well, as I said before, it is Chinese. And China is the country that is threatening to overtake the US as the world's biggest economy. Wounded Western pride is a very powerful motivating factor. Enter the Guardian.

More in this category: « Federal, state Labor EV policies are in conflict. That's a simple fact Google wants Australians to trust it with depression data. Seriously »
Share News tips for the iTWire Journalists? Your tip will be anonymous