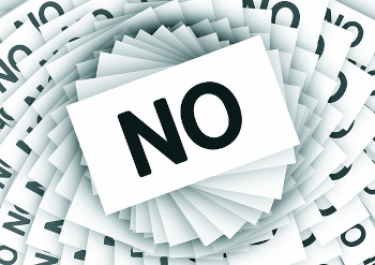 The NBN Co has indulged in various kinds of spin over the years to project itself as an organisation that is doing a brilliant job at rolling out a broadband network in Australia and thus its latest stunt, to keep some of its accounts hidden and reveal them only at the half-year and full-year results stages, should not come as a surprise to anyone.

The company sent its first-quarter results over for publication on Monday morning, with two essential figures missing: the average revenue per user, a figure which the NBN Co itself has advanced as a means of judging whether or not it has broken even, and the actual profit or loss.

The communication from the company said in part: "We will announce our Q1 and Q3 results by media release only. NBN Co will continue to host a teleconference call to present our half-year and full year results to media and analysts."

The financial figures provided were only for revenue for the quarter and EBITDA. No prizes for guessing, both figures reflect well on the company.

When I wrote to one of the PR droids listed in the report and asked for the full financial figures, I was told at the end of an exchange of emails: "More detailed financial results numbers will be available at the half-year and full-year results. For 1Q and 3Q we will only be [issuing] a media release with the stated numbers."

Now I was not asking for the full fancy report that the NBN Co has put out in the past, replete with its observations on its vision, society, the ills therein, etc etc. Just plain figures. ARPU = X. Profit/loss = Y. Is it so difficult to provide that?

If this was some private company, I wouldn't give a stuff. But this is your money and mine, dear reader, and exactly why this government-owned bureaucracy will not tell people the whole picture is simply amazing.

Is there bad news that it is trying to hide? Could that be the reason why this sudden decision has been taken not to provide the full financial figures every quarter? The NBN Co is never short of money; its chief executive Stephen Rue is paid $3.3 million. And there are numerous others who draw six-figure salaries.

After 5G Internet services started making their appearance — Optus has one, and so does Telstra — the NBN Co seems to be more than a little perturbed at the fact that it may soon be rendered irrelevant. After all, when you can buy a 5G connection that gives you in excess of 400Mbps at $70 a month — Optus offers this, with the minimum subscription being for two years, else it is $200 more — why would you pay much more for a 100Mbps connection that breaks down more often than one sneezes during spring?

The NBN Co's discomfiture can be judged from the observations of network expert Mark Gregory who noted the way the government was trying to strong-arm the Australian Competition and Consumer Commission to adopt a favourable position on NBN Co’s wholesale prices, business market competition and spectrum allocation; all such efforts, one is glad to note, have been a miserable failure.

The ACCC, under its hawk-eyed chairman Rod Sims, has been very good at keeping an eye on how the NBN Co is going about its own business and also monitoring how retail service providers are behaving with regard to their customers.

Gregory, who is an associate professor in the School of Engineering at RMIT University and also managing editor of the Journal of Telecommunications and the Digital Economy, pointed out that the government had now issued a statement of expectations for the ACCC in order to escalate the pressure on the watchdog.

Of course, without Sims around, the NBN Co would be riding roughshod over the entire industry. As well-known telecommunications consultant Paul Budde put it, "The NBN Co is a government-backed wholesale monopoly and all the RSPs are at its mercy for access to the national fixed broadband infrastructure. A monopoly is, of course, an ideal way to print money as the RSPs have no alternative whatsoever and there is no punishment for mistakes."

"The country suffered for more than 25 years due to the misuse of the telecommunications monopoly Telstra had for all those years."

Budde added that the government was now trying to muscle the ACCC into changing price regulations and allowing the high costs that the NBN Co had racked up.

"A week later, NBN Co announced that it would stop providing the extra capacity that it had been providing to the RSPs to pass that on to the users during the COVID-19 crisis," he pointed out.

But who will hold the feet of the company's top brass to the fire? Not the government; both Finance Minister Simon Birmingham and Communications Minister Paul Fletcher issued a statement on Monday praising the company's performance in the first quarter.

When this kind of behaviour is praised, what hope is there that there will be accountability?

More in this category: « Twitter + Deloitte + hacking equals some very red faces Huawei, Assange may gain from Biden presidential win »
Share News tips for the iTWire Journalists? Your tip will be anonymous