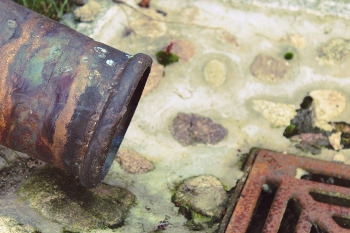 On Thursday, the NBN Co launched the second of two satellites that will be used to provide broadband access in some regions of Australia where other technologies cannot be used.

Sensible Australians would see this as a good thing, bringing the day when they can have something that resembles broadband closer.

But for politicians, a so-called backflip is a mortal sin. If you take one position, you had better not change it, no matter what the evidence.

And in keeping with this, the two ministers who spoke to the media after the launch — Mitch Fifield (communications) and Fiona Nash( (regional communications) — could not resist a dig at the Labor Party.

Their media statement included this: "With a total capacity of 135Gbps, the two Sky Muster satellites were a vast leap forward from the 4Gbps provided by Labor’s interim satellite service."

Yeah, mine is bigger than yours. Talk that we hear in kindergartens.

In the evening, came Labor's riposte. Its communications spokesperson Michelle Rowland let fly with both barrels at Prime Minister Malcolm Turnbull, who held the communications portfolio both in opposition and in government until he knifed Tony Abbott.

Rowland delved into the past and came up with a number of occasions on which Turnbull had said satellites were not needed, plus one where he had backed a satellite provider who went out of business. Satellites, she thundered, were Labor's idea and it was ironical to see the Coalition taking credit for it.

With all this petty back and forth, it is no wonder that we continue to stare at spinning dots on a screen during the so-called peak hours.

There is a lot of talk about being innovative and agile but we have internet speeds of – well, I can't use the time-honoured phrase Third World country, because many of those nations, which Australians are prone to sneer at, have broadband speeds we would kill for.

It is becoming more difficult by the day to comprehend the debate that takes place around the NBN.

Last week when the NBN Co announced that it was dropping the idea of using the Optus HFC network for providing NBN access, and switching to fibre to the distribution point (FttDP) instead, there was a commotion. Not a positive one, I'm afraid, even though the decision is good for the public.

Whatever the reasons for dropping the use of Optus' HFC, the decision means that more people will get better speeds. FttDP means a shorter copper wire to one's house, eliminating at least some of the drag that is part and parcel of fibre to the node (FttN).

And it also means that those who want to convert their connections from FttDP to fibre to the premises (FttP) will have to fork out less.

But the nation's media was more concerned with apportioning blame from a political angle. Labor did this, the Coalition did that, blah, blah, blah.

We are not bothered about broadband. We are worried about the brand. The clever country? It really doesn't seem so.

More in this category: « Pixel phone: customer service is Google's Achilles heel Data loss services: Microsoft leads all the way »
Share News tips for the iTWire Journalists? Your tip will be anonymous