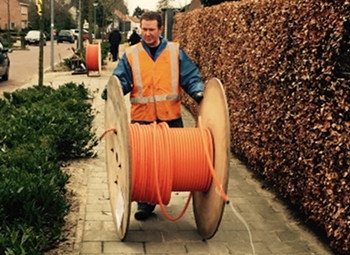 The NBN Co has now reached the stage in its evolution as a public sector undertaking when it is not bothered about how it is perceived by the people it is supposed to serve. Shameless self-publicity is all that seems to occupy the minds of its executives.

Nothing else can account for the company hiring so-called analyst firm Ovum to do a self-serving study to say that it is the best and brightest.

The logic behind this conclusion is anti-logic at its best: NBN Co spends $7000 per regional/rural household connection, compared to $3200 by the US, or less than $1000 by the UK, Canada and France.

This, according to the wonks at Ovum, makes the NBN Co better as far as regional broadband goes.

There's a lot of analysis involved in coming to that conclusion, in case you, dear reader, are inclined to be cynical. It's only the best analytical minds that can come to such conclusions. Of course, the stimulus of a five- or six-figure payment is a great incentive. It ensures that the findings will serve the needs of the client and also that future "analyses" will be solicited.

It also sends a message to others who want a bit of spit and polish on their frayed reputations: friends, we are here to do your bidding. Ovum's end-of-year results will, no doubt, prove interesting if we, the common masses, ever get a glimpse at them.

The NBN Co claims that it provides a top speed of 25Mbps in rural and regional Australia via its fixed wireless technology and that this will be upped to 50Mbps in 2018.

But are these real speeds or just claimed speeds? How many of the 500,000 rural and regional premises which are claimed to have NBN service available have speeds even remotely approaching the claims?

How much was paid to Ovum to try and burnish the reputation of a company about which hardly anybody, except its own staff and ministers concerned, seems to have a positive word?

Alongside the fact that the company has spent nearly half a million dollars on coffee for its staff, this waste of public money seems to excite nobody in the political ranks.

It is now more or less taken for granted that this is a lost cause, and attacking those who are responsible for the waste will not yield any political dividends.

In the meanwhile, there are crackpots — and I use term advisedly — who claim to have found "hacks" to improve NBN speeds – and then advocate the purchase of two NBN connections, which, combined, will double the available speed. Or something close to it.

This, when one of the main complaints people have about NBN connections is how much they cost.

This kind of brilliant suggestion, courtesy a Fairfax Media contributor, when added to the NBN Co's free spending, seems to suggest that something is very wrong with Australia.

But, pray, ignore me. I am one of those demented souls who right now would like nothing better that to give the NBN free-spenders a good kick in the pants.

More in this category: « NBN Co has something in common with Pontius Pilate Fairfax has ideal solution for poor NBN speeds »
Share News tips for the iTWire Journalists? Your tip will be anonymous