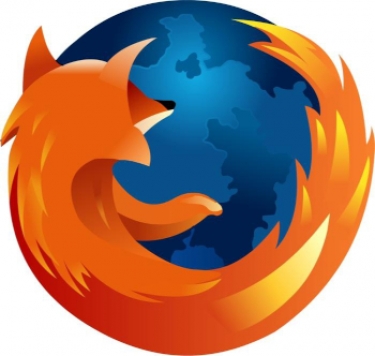 The latest version of the Firefox browser for the Android platform appears to have diverged from its old philosophy of giving users control over the way they use the app, with some kind of iron control being wielded over what extensions one uses.

The old version gave one the freedom to download and use what extensions one wished to use and did not force the use of any extension down a user's throat.

But that seems to have changed. Now there is a list of recommended extensions. In other words, "we know what's best for you".

The change of attitude comes at a time when the Mozilla Foundation, the body behind Firefox, has sent 250 staff packing. Use of the browser is reported to have fallen by 85%.

Chief executive Mitchell Baker has seen her pay rise to US$2.4 million in 2018. The same report referred to above said 30% of the Foundation's expenditure is on administration.

A Mozilla spokesperson responded to a few queries that iTWire sent to the Foundation about the Android version of the browser. The queries and answers are given below in full.

Q: Why am I unable to download extensions of my choosing?

A: Extensions can add powerful customisation features to Firefox. However, we have noticed that sorting through add-ons can be overwhelming for many users. Even though our policy provides clear guidelines for the behaviour of add-ons, they sometimes find it difficult to decide which tools and developers they consider most trustworthy.

That's why we established the "recommended extensions" program: a collection of curated extensions that meet our highest standards for security, functionality and usability, and we have brought over the ones that have been optimised for mobile to Firefox for Android. We will continuously be adding more add-ons to the current list in the coming months and in the meantime we are looking forward to receiving feedback on the existing offering and suggestions for the future.

Would I be correct if I concluded that the makers of extensions listed by the browser as allowed have paid for this privilege?

Recommended extensions are editorially curated extensions that meet the highest standards of security, functionality, and user experience. Firefox staff, along with community participation, select each extension and manually review them for security and policy compliance before they receive Recommended status. Developers cannot pay for their extensions to be included in the Recommended Extensions program.

Developers also cannot pay for their extensions to be enabled on Firefox for Android.

Can I conclude that Mozilla now needs the money that comes from advertising and this is the reason why I cannot block what I want to block?

No, that is not correct. Tracking protection is actually tighter in the new Firefox for Android. Our default is Standard Tracking Protection which blocks third-party tracking cookies, social media trackers, cryptominers, and fingerprinters. Users can also switch to Strict Tracking Protection which also blocks tracking content, which includes many ads. We have made the top privacy and ad-blocking Web extensions available in Firefox for Android.

Apart from these answers, a Mozilla spokesperson also sent the following comment: "We made a decision to prioritise supporting add-ons that the majority of users relied on, were part of the recommended extensions program, and were compatible on mobile.

"We wanted to make sure that the first impression people have with add-ons on mobile is an exceptional, mobile-optimised user experience that is also secure. We have teamed up with more add-on developers (that are part of the recommended program) and will be releasing more compatible and secure add-ons with each upcoming release."

The Mozilla Foundation may not be very good at attracting users to Firefox, but it appears to be well-versed in the art of spin. There was a time when Firefox commanded 30% of browser users. With this kind of attitude, I would not be surprised if it lost all its users in a few years.

More in this category: « Harvard school ranks Australia above Israel in cyber power index Google back with another salvo against media code of conduct »
Share News tips for the iTWire Journalists? Your tip will be anonymous