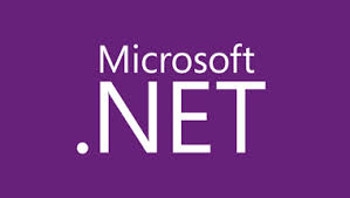 GNOME desktop project co-founder Miguel de Icaza has finally reaped the benefits of being in bed with Microsoft, with the Redmond-based software behemoth buying Xamarin, de Icaza's company, for a sum said to be between US$400 million and US$500 million.

His business partner, Nat Friedman, also a Microsoft booster over the years, will join him in working for Microsoft from now on.

Xamarin creates tools to help developers who use Microsoft products build apps for Apple iOS and Google’s Android mobile operating systems. Arguably, this will give Microsoft a step up in increasing its presence in these markets.

In practice, that is rather doubtful.

De Icaza has been talking for years about reproducing parts of Microsoft's .NET development environment as an open source effort, in the mistaken belief that it would pull open source developers to build software using .NET technologies. He was obsessed with Microsoft from the time he interviewed for a job there and was not chosen. He was acquainted with Friedman before the pair met at Microsoft where the latter was an intern on the IIS team.

This was the basis for Mono, the project which de Icaza started in 2001 at Ximian, a company he and Friedman had started in 1999 to commercialise the GNOME desktop software which de Icaza and Federico Mena Quintero started building in 1997, ostensibly because there was no free desktop software for Linux. A much better desktop environment, KDE, existed at the time but de Icaza was able to paint this as a tool from the devil because it used a non-free toolkit, Qt.

De Icaza got his first, much smaller, payday when Ximian was bought by Novell in August 2003. He became a vice-president at Novell but found himself without a home seven years later when the Attachmate group bought Novell, took it private, and found Mono to be of no use to its aims. Attachmate chief Jeff Hawn told me that it had a very small number of loyal customers, all primarily in the gaming sector.

Said Hawn: "We could not ever get comfortable that it (Mono) was going to be important to our enterprise customers. And when I say enterprise, I mean the largest commercial and government entities in the world. And two, it was a big consumer of resources."

De Icaza then started Xamarin to continue with Mono development, and managed to attract US$82 million from venture capital firms, according to the Wall Street Journal. All 350 employees of the company will now become Microsoft employees.

In the past, Xamarin has piggybacked off Microsoft by showing off its wares at developer conferences. The association has helped Xamarin to pick up more than 15,000 customers in 120 countries, including Alaska Airlines, Coca-Cola and JetBlue Airways, according to the WSJ.

As with .NET, de Icaza was besotted with Microsoft's Silverlight technology which the company once claimed would become a replacement for Adobe's Flash. De Icaza was so much in love with Silverlight, that he started an open-source effort to clone it, called Moonlight.

But he was blindsided when Microsoft decided to ditch Silverlight as it was not gaining sufficient traction. When parts of .NET were open-sourced in 2014, de Icaza had to again manufacture an explanation for continuing with Mono.

With Microsoft having failed to gain any traction in the mobile market, it is desperate for some means to gain a foothold, any foothold. What it has forked out for Xamarin is small change, even though the revenue stream at Redmond is not half as healthy as it once used to be.

But de Icaza has always been a loyal lapdog for Microsoft and needed to be rewarded. So Microsoft has thrown him a bone.

More in this category: « Google-US government nexus widens with Schmidt sinecure Is Canonical about to violate the GNU GPLv2? »
Share News tips for the iTWire Journalists? Your tip will be anonymous