Melbourne earns a dubious distinction: most locked down city under COVID Featured 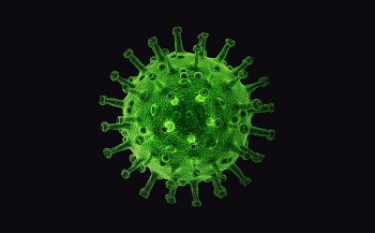 Melbourne, Australia's second biggest city and one that has often earned the title of being the globe's most liveable city, has set a dubious record, that of being the world's most locked down city due to the COVID-19 pandemic.

Melbourne began its 246th day in lockdown on Monday, overtaking Buenos Aires, the capital of Argentina.

The Victorian Government announced on Monday that the state, of which Melbourne is the capital, had reported 1377 cases in the last 24 hours, and that four people had died.

Is Melbourne the world’s longest lockdown city, or the world’s slowest vaccination rollout by a federal government? #perspective #auspol #vicpol

Victoria adopted a lockdown policy of going hard and going fast at the start of the pandemic in 2020. But last year there were issues due to a health sector that has been under-resourced for many years.

Poor contact and tracing led to about 800 deaths before the breakout was brought under control.

This year, Victoria appeared to be on a much better trajectory but it was hit by a case that came from NSW. That state experienced a breakout in May but only went into a lockdown in June.

"Most locked down city in the world" the media screams about Melbourne. Which of course would not have been the case if #ScottyDoesNothing had ordered enough vaccine or built quarantine facilities.

Both Victoria and the ACT suffered as a result. The ACT has had fewer cases, while Victoria's case numbers are climbing and are still in the thousands.

Despite this, the state plans to ease restrictions once it reaches the mark of 70% over-16s being fully vaccinated later this month.

But this pattern is true of the country as a whole too. Australia had a good start to fighting the pandemic, but the failure of the Federal Government to order sufficient vaccines so that everyone could have a jab has seen the nation fall well behind other countries in vaccination rates.

ICU nurse Michelle Spence from Royal Melbourne says no one with COVID-19 in Victoria's hospital system is fully vaccinated.

"Today we've got 18 patients with COVID in our ICU ... Out of those 18, ten are on life support and not one is fully vaccinated, not one." pic.twitter.com/sHOsciMAn2

Government incompetence has been shown in the way it has always gone big on announcements, operating on the principle that an ounce of image is worth a pound of performance. [thanks to the late Professor Peter J. Laurence for that line].

Neither Prime Minister Scott Morrison nor Health Minister Greg Hunt appear to have been aware, from the start of the pandemic, that Australia is an island.

Following on from that, and the relative isolation of the continent, it would also be reasonable to assume that these worthies were also unaware that international tourists — people from other parts of the world, to make it plain — could only visit this country when the borders are open.

And that, in turn, could only happen when a substantial proportion of the populace was vaccinated — both doses — else it would not inspire confidence in any arrivals. Nor would the local populace be overly happy about being exposed to others from virus-heavy nations.

This is what the Australia Post facility at Sunshine looked liked yesterday morning ?.

No wonder many of us are waiting on delayed parcels! pic.twitter.com/L43ELJLxno

No steps were taken to try and get the vaccination campaign done as soon as possible. Many luminaries were basking in the glory of having kept the number of deaths down.

Thus, Melbourne's shame of wearing the crown of being the most locked-down city is well in keeping with the actions of the federal authorities. The apple, indeed, does not fall far from the tree.

More in this category: « Facebook again shows govt who is the boss in news content deals Q+A spreads misinformation – while discussing how to stop it »
Share News tips for the iTWire Journalists? Your tip will be anonymous