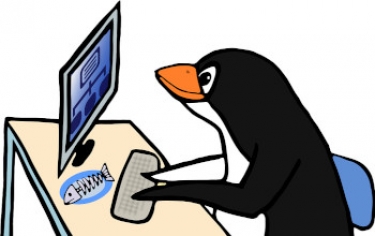 Would any company that earns US$20 billion (A$27.9 billion) from a product line think of giving it up? That fact alone, culled from Microsoft's 2019 annual report, puts paid to the reasoning (?) employed by open-source advocate Eric Raymond in claiming that Windows is on its way out.

In a recent blog post, which has received a fair amount of unquestioning coverage, Raymond wrote: "Looked at from the point of view of cold-blooded profit maximisation, this means continuing Windows development is a thing Microsoft would prefer not to be doing."

Linux users have long been obsessed with the motion that the open-source operating system could replace Windows on the desktop and billions of words have been employed to argue about it.

Microsoft has always been a marketing company first and foremost, and a technology one second. Given that, it is illogical in the extreme to argue that it would make changes to a line of software that is bringing in US$20 billion.

As longtime tech reporter Robert Cringely, who knows the company through and through, told me in 2004: "Microsoft is about money, not innovation. They aren't opposed to innovation and like to be seen as innovators, but what really matters to them as a company is the money. Think of it that way and a lot of what they do starts to make sense.

"When I give speeches (and why haven't I been asked to speak lately in Oz?) I like to pull out a US$S20 note and point out that there is something about that note that bothers [Microsoft co-founder] Bill Gates – that it is in my pocket. Microsoft really does want all the money and I'm not sure they won't get it."

Following in Raymond's footsteps, ZDNet's Steven Vaughan-Nichols, who has been writing about Linux and open source for a long time, claimed that Raymond was "on to something".

It is an indication that there is little cold, hard reasoning employed when people who have been in the business of open-source advocacy start making predictions.

Would the development of Windows, the way Raymond has outlined — migrating the Windows interface to run on the Linux kernel — remove the major headache that Windows causes Microsoft: malware? The short answer is no.

Then what incentive does the company have to take the route that Raymond hypothesises about? The money equation alone is sufficient to argue against it. But then Linux advocates have stars in their eyes when they talk about the love of their life. This is just another example of such unbalanced reasoning.

More in this category: « RMIT's Gregory is spot on: the NBN Co corporate plan is another lemon Microsoft puts lipstick on a pig to avoid scrutiny over security »
Share News tips for the iTWire Journalists? Your tip will be anonymous