Kickass arrest is just the tip of the iceberg Featured 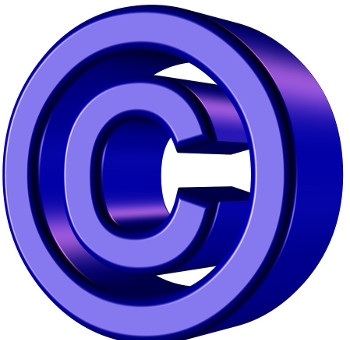 There has been a considerable amount of triumphalism evident in US government statements following the arrest of Artem Vaulin, the alleged head of the Kickass Torrents website, and the subsequent shutdown of seven domains it was using.

In some circles, this may be cause for rejoicing. But for those who have been around the block, this is only the latest indication of the lack of understanding by the powers-that-be of the phenomenon of unauthorised sharing of copyrighted material, and the unwillingness of content owners to create a business model to minimise it.

Vaulin's site was the 69th most frequently visited website, according to the US Justice Department, which also claimed that it received more than 50 million unique visitors a month. That may sound impressive, but in the overall scheme of things, it is a drop in the ocean.

The problem in estimating the extent of unauthorised file-sharing of copyrighted material is that those who advocate a muscular approach to stopping the practice tend to exaggerate the figures to advance their case. In turn, those who condone the practice either play it down or make it appear as a fundamental right.

Neither side looks at it from a sensible angle as a problem that very definitely has a solution.

That films leak onto the Internet, often in advance of their release, is not a secret. That many people who download these films would prefer to buy them at a reasonable price if they were available is also no secret. But then the catch is in the term "reasonable".

That term often ends in defeat for the rights holders.

This was in evidence in Australia over the last two years when the company than owned the rights to the film Dallas Buyers Club tried their level best to obtain the identities of 4726 iiNet customers who had downloaded it. The case finally petered out in February.

In previous cases, the company had indulged in speculative invoicing to intimidate those who had downloaded the film into paying sizeable fines in order to avoid being sued. But in Australia, that tactic failed.

The judge in charge, Justice Nye Perram, refused to release details until the Americans had made clear how they would contact the 4726, and also promised that they would not make unjust demands. In the end, they had to agree to pursue each of the downloaders for $20 (the cost of the film), a single licence fee for upload, and damages for court costs.

But even with this clearly outlined, the Americans were unable to convince Judge Perram of what would be a "reasonable" licence fee. They were given a deadline of 11 February and when that passed the matter was confined to the pages of history.

Rights holders and ISPs could not agree on a "reasonable" sharing of costs to implement a government sanctioned three strikes policy either.

The whole thing was put on hold with both parties fighting over who should pay what in the process of enforcement. Rights owners, mostly big American film studios, wanted ISPs to bear the costs of enforcement, while ISPs were rightly not willing to do so and become pawns in this game.

As far as consumers are concerned, they want to watch what they want, and they want to watch it at the same time as the rest of the world. For a while, Australian film addicts were feeding their habit through the US Netflix streaming service by using virtual private networks. But once Netflix opened locally, the company decided to try the muscular approach and block Australians from accessing the US site.

That, of course, did not go down well, and sites like Kickass were once again back in fashion.

But even if a streaming service were to offer all that a particular individual wanted, there is still a hurdle to be overcome: the lack of bandwidth. At least for the next four years, until the national broadband network is completed, there will be corners of this great brown land where bits and bytes continue to flow at rates that are reminiscent of the years when 56k modems were in vogue.

Torrent sites are a godsend for those who are stuck in this kind of situation; the solution is to tether a mobile — Australia has some of the fastest mobile services in the world — and download whatever one wants and then watch it at leisure. On one of the free data days offered by Telstra to compensate its customers for an outage, one customer downloaded almost a terabyte. He lives near a 4GX mobile tower, and with a laptop connected to his mobile he averaged out at 180Mbps. Despite listing his downloads, all of which were copyrighted, he did not pay a cent in fines!

Despite the struggle that has gone on since the 1990s to put a cap on the download genie, copyright holders, for the most part American film studios, still insist on the equivalent of the invasion of Iraq in tackling the problem of unauthorised downloads.

The US Justice Department can crow all it likes about one arrest. It is similar to a tree falling in the forest.

More in this category: « ABS head admits lying about name retention in census What does Microsoft have against the Control Panel? »
Share News tips for the iTWire Journalists? Your tip will be anonymous