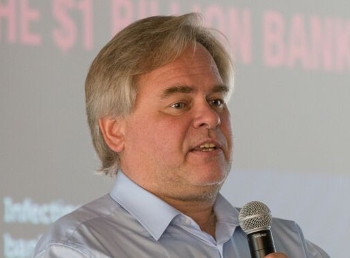 For a good part of this year, Kaspersky Lab has become the meat in the sandwich as US politicians have ramped up attacks on Russia, following on from the anti-Moscow sentiment which has gathered steam after last year's presidential elections.

The company, well-known for its anti-virus software, has faced accusation after accusation of allowing itself to be used as a spying conduit by the Russian Government.

And in recent days, the big three newspapers in the US — The New York Times, The Wall Street Journal and the Washington Post — have hit the company with a series of stories that have made claim after claim, all without naming a single source.

Kaspersky Lab is yet to address the specific claims made by the three papers and other sites. For example, a story in the WSJ on Wednesday, which claims that the A-V software was modified modified into a tool for espionage and used to search for terms like "top secret", leads to the conclusion that Kaspersky shared its source code with the Russian Government.

A second claim, in the NYT, surfaced on Tuesday, claiming that Israeli Government hackers had found NSA malware samples in Kaspersky's servers; the Israelis infiltrated Kaspersky's network in 2014.

A third claim was that Kaspersky was given a list of specific questions by the NYT before the story cited above was published but did not respond.

With all the bad publicity and the Russian bogey being exploited to the extent possible — Kaspersky's software has already been banned from use in US government agencies and two big retailers, Office Depot and Best Buy, have taken the software off their shelves — the Russian A-V company may already be toast in the American market.

In 2016, Kaspersky Lab earned about US$633 million in sales, 60% of that coming from the US and Western Europe. But that could drop drastically given that the US can easily influence its allies in Europe to drop the company's products as well. Western Europe is not known for being too independent when it comes to matters like this.

In the face of this, it is vital that Kaspersky, whose A-V software is rated by many infosec professionals as the best in a bloated market, tackle the matter as a geek would – by addressing things directly and address the accusations.

The company is capable of providing clear and concise reports of its various malware finds and other security-related matters. That same approach should be taken and the public should hear the other side of the story, preferably from the flamboyant head of the company, Eugene Kaspersky.

If Eugene sits back and just issues general rebuttals, it will do the company no good. And the matter will not go away; once the mainstream media in the US smell blood, they will not hesitate to put the boot in and attempt to complete the killing.

Eugene needs to go on the front foot and face his accusers. And soon.

More in this category: « Dan Tehan and cyber security are a potent mix Source code reviews: does Symantec have something to hide? »
Share News tips for the iTWire Journalists? Your tip will be anonymous