Kaspersky and Linux are slowly becoming a combustible mix 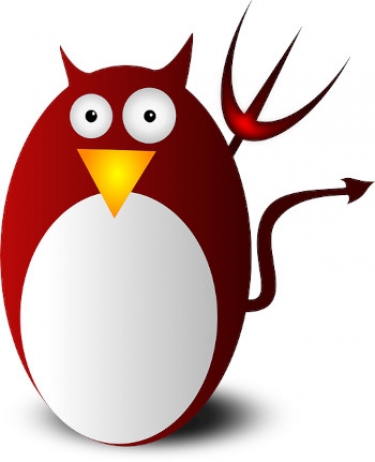 Russian security firm Kaspersky is on its Linux propaganda blitz again, this time with a claim that there is a Linux port of a trojan known as RansomEXX. However the company has conspicuously left out one much-needed fact from its post about this malware: the infection vector.

You can create the fanciest Linux malware in the world but if you have no means of getting it onto a Linux system — and with admin rights too — you might as well spend your time baking a cake. Or maybe walking the dog.

I asked Kaspersky if the researchers who made this post — Fedor Sinitsyn and Vladimir Kuskov — could provide this information. The response I got was: "Our malware analyst does not have additional information about the infection vector of this malware." That's like writing a murder mystery and not mentioning the name of the man/woman who was the killer.

Now if this had been clearly stated in the blog post which was put up — the company regularly posts about its findings, and while the primary purpose is marketing, some of the posts are of very high quality — then I would have no beef with the post.

Incidentally, this is the second time in two months that Kaspersky has come up with "research" of this kind. The first was back in September.

No doubt, Kaspersky counts on the lack of Linux literacy among tech journalists, for whom the words "Linux" and "malware" in the same sentence serve as a heady cocktail, to gain publicity for stuff like this. And the company is not far off the mark on this; here are two prime examples.

Some of the wording in the Kaspersky post is very careful. For example, this one: "Several companies have fallen victim to this malware in recent months, including the Texas Department of Transportation (TxDOT) and Konica Minolta." So was that the Windows version or the Linux version? It isn't clear at all.

Then there was a reference to an attack in Brazil. Again, was this an attack by the Windows version of RansomEXX or the Linux version? Again, there is no clarity.

The Kaspersky researchers described the Linux version of RansomEXX as a 64-bit ELF executable. But how was it executed after being sent to a potential victim (maybe) as an email attachment?

As StormReaver, a poster on the American tech news aggregation site Slashdot, pointed out, with not a small degree of sarcasm:

I couldn't better that. One wonders what comeback Sinitsyn and Kuskov would have.

More in this category: « Huawei, Assange may gain from Biden presidential win Telstra does not seem to know who its customers are »
Share News tips for the iTWire Journalists? Your tip will be anonymous