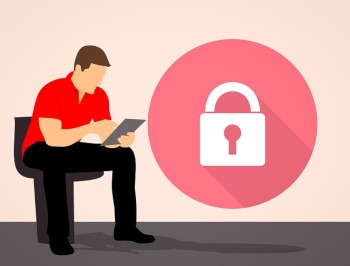 It's beginning to look like the tech industry has finally cottoned on to the fact that the Federal Government's repeated reviews of the encryption laws that were rushed through Parliament last year are just an eyewash.

That probably accounts for the fact that the ongoing inquiry into the legislation by the Independent National Security Legislation Monitor Dr James Renwick has received just 15 submissions.

Dr Renwick issued a media release last week, extending the date for submissions to 1 November and stressing that though there had been numerous submissions to the Parliamentary Joint Committee on Intelligence and Security, he could not treat those as submissions to his inquiry unless they were submitted to him.

The law, officially known as the Telecommunications and Other Legislation Amendment (Assistance and Access) Bill 2018, was passed on 6 December 2018, without any amendments with the Labor Party supporting its passage.

Soon after, a review of the law by the PJCIS was announced with a reporting date of 3 April. But the only thing that this committee did was to put off any decision on amendments, instead asking Dr Renwick to review the law and report back by 1 March 2020.

Prior to the passage of the law, numerous local and foreign organisations and companies appeared before the PJCIS. Apart from the government agencies, hardly any company offered support for the law which weakens the protections offered by encryption.

But despite all the technical arguments against law, the government has turned a deaf ear, insisting that the concerns of industry are due to a misunderstanding of the legislation.

More in this category: « CrowdStrike should be open about DNC hack when touting for business Windows ransomware: when will people in charge ever learn? »
back to top