If Red Hat is an open organisation, then so is the NSA Featured 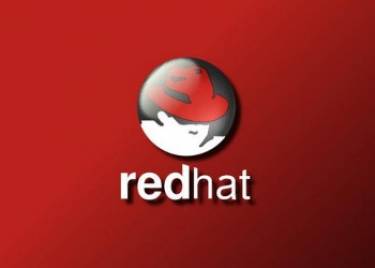 Red Hat chief executive Jim Whitehurst has published a book called The Open Organisation which, it is claimed in a promotional video, mirrors the way Red Hat operates.

I reckon that Whitehurst would not then object to answering a few queries.

How about telling us why Red Hat is continuing to do business with the National Security Agency — you know, that little outfit that carries out mass surveillance of all Americans and a goodly proportion of the rest of the world — when the agency is using Red Hat enterprise Linux for doing those very tasks?

Or does Red Hat support mass surveillance which, incidentally, has been shown time and again to have absolutely no value when it comes to detecting potential terrorists or their plans?

Open organisation, you say? Then how about living up to your claims in the real world?

I know that none of the technology media people in the US or elsewhere will dare to even put a question to you unless it is one that could come from a lapdog. The media approach Red Hat the same way that practising Catholics approach the Pope.

But wait, there's more. Jim, how about telling the rest of the world the details of the settlement of the patent suit with Acacia? To refresh your memory, the claim was that JBoss infringed on an US patent, which essentially claims invention of the object-relational database paradigm. Soon after the judge produced a finding on the claim language, there was an announcement from Acacia that the suit had been settled. Red Hat issued a terse statement to the same effect.

The JBoss licence, the Lesser General Public License (LGPL), prohibits one party from licensing a patent unless that license is available to all developers of the software. So was Red Hat violating its own licence when it settled? We would all like to know.

Or is that kind of openness different to that which you advocate in your book — published very appropriately by Harvard Business Press — The Open Organisation? By the way, for your next book, you can save yourself some trouble by looking here for appropriate mysterious sounding phrases.

Why is it that an open organisation like Red Hat always answers pointed media queries by saying that there is no spokesman available to answer?

Surely, Jim, you are not short of a buck or two to hire a few unemployed Americans to fill this apparent hole in your billion-dollar outfit?

And tell me, Jim, do you encourage those values of openness among your employees? Maybe you still have to have a chat about openness with Lennart Poettering, the chief developer of systemd.

Or is it not your concern that some of your employees appear to subscribe to a different set of values from those you publicly advocate?

If Red Hat is such an open organisation, why do you send an employee to your rival SUSE's yearly conference in order to play the role of industrial spy? I met the bloke who came to Orlando in 2014. Spying? Is that why you appear to support the NSA's spying?

There's an adjective I'm struggling to remember, one that describes this whole thing, a word that begins with 'h' and ends with 'y'. Perhaps you can help me there, Jim?

More in this category: « SUSE and Canonical have forgotten their roots How Cricket Australia blocks promotion of women's cricket »
Share News tips for the iTWire Journalists? Your tip will be anonymous