If ASPI is to be believed, the US has never interfered in elections 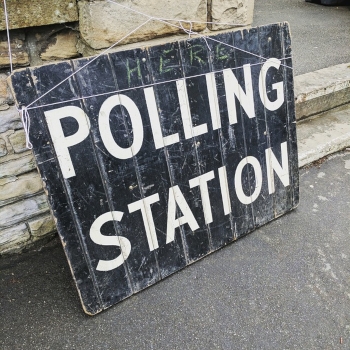 Image by John Mounsey from Pixabay

The Australian Computer Society has not done its reputation much good by sponsoring the Australian Strategic Policy Institute, which claims to be an independent think-tank but in reality is a lobby group for big defence and tech firms, to write a report on "Hacking democracies".

The report, written by Fergus Hanson, Sarah O'Connor, Mali Walker and Luke Courtois of the organisation's International Cyber Policy Centre, falls at the very first hurdle by starting off with an assertion that only Russia and China interfere with elections in other countries.

It thus leaves out the one country that has interfered with more elections and also tried to overthrow elected leaders whenever it suits its interests – the United States of America. When a report is based on such a premise, everything that follows is tinged with intellectual dishonesty.

ACS president Yohan Ramasundara says in a foreword that the ASPI study "serves as an educational resource for our citizens on what to keep an eye out for, and how to better distinguish reputable information from disinformation in real time". Hardly. The ACS' funds could have been better spent – perhaps by organising digital education camps for Indigenous children, rather than sponsoring an already over-fed organisation.

And if all those corporates were insufficient, General Atomics Aeronautical serves as a corporate supporter.

With money pouring in from such sources, how can any organisation claim to be independent? But that is exactly what ASPI claims to be. How many companies give away money for nothing?

As to the "study" itself, there appears to be some kind of obsession with the fact that what was claimed to have happened in the 2016 US presidential election is some kind of disease that will spread all over the globe.

The authors conclude that when democracies respond to electoral interference, their response should be proportional to the risk and the country which is interfering. Detecting such interference is better done by non-government bodies, the brief says.

Another suggestion is that effort should be directed to better measure the effect of foreign interference to provide data that could lead to better resourcing for efforts against it.

The brief suggests that public funding should be provided to enable political parties to prevent cyber intrusions. And finally, it pushes the need to impose costs on what it calls the two primary actors — Russia and China — to deter them from interfering.

One of the clearest cases of foreign interference in an election was when the US got the late Boris Yeltsin appointed as president of Russia. But that episode finds no mention here, understandably so.

The whole point of this exercise, as with so many other publications from the organisation, appear to be hyping up the fear factor so that all defence companies can sell more of their wares.

"With their shoestring budgets and the requirement to scale up dramatically during election campaigns, they’re no match for the resources of sophisticated state actors. Politicians are also vulnerable, including through the use of their personal devices." Poor pollies. At least, they can depend on ASPI to lobby for them.

And then there's this reminder that more funds are needed for similar research: "Governments should fund research to develop better ways to measure the impact of foreign interference to allow for a more informed decision on resourcing efforts to counter it." And who better to conduct such research than ASPI, eh?

One point about elections in Australia: there is compulsory voting and that means attempts to prevent voters from exercising their franchise would be a waste of time. How many Australians are willing to pay a fine for not turning up at a voting booth and getting his/her name ticked off? (You don't have to vote, just stuffing an unmarked ballot paper in the box will do). So how does one keep people away from the booths? That point is not tackled in this brief.

The last time ASPI showcased its wares, it tried to smear mud on the Chinese telecommunications equipment vendor Huawei Technologies. That time the author, Elise Thomas, got several facts mixed up and ended up cutting rather a sorry figure.

This time seems to be no different.

More in this category: « Unsolicited advice to Huawei: Let Australia stew in its own juice Frydenberg seems to have bitten off more than he can chew »
Share News tips for the iTWire Journalists? Your tip will be anonymous