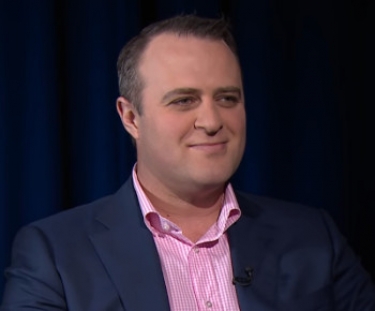 Tim Wilson: once a Huawei lover, not so much now that it's inconvenient. Courtesy ABC's The Weekly

Liberal MP Tim "Wolverine" Wilson, a man who spends the better part of each working day criticising China, was singing a different song eight years ago, when he accepted an all-expenses paid trip to visit the campus of — hold your breath — the home of Lucifer, Chinese telecommunications equipment vendor Huawei Technologies.

Yes, Wilson, the self-styled advocate of the free market, the man who keeps pictures of Ronald Reagan in his bedroom — what kind of fixation is that? — and someone who cannot find enough malicious adjectives to hurl at the Middle Kingdom these days, accepted $20,000 worth of hospitality, including business class flights to and fro, the Australian Financial Review reports. And plenty of fine wine and food, the paper said.

This is the same man who has backed a call by former prime minister Malcolm Turnbull for former Independent senator Nick Xenophon to register himself on the foreign influence register because he is doing some advocacy work for Huawei. What's sauce for the goose, does not seem to be sauce for the gander.

Again, this is the same Wilson who predicted that the action taken by the Gillard Government to enforce plain packaging for cigarettes would boomerang, the man who earned the moniker "bully boy for big business" from academic Simon Chapman — at the time Wilson was a "director of intellectual property" at the tobacco industry-funded Institute of Public Affairs — the eminent personage who is now a member of a grouping described as The Wolverines.

It is a juvenile reference to a group of anti-China politicians — China hawk Andrew Hastie, Senator James Paterson and Senator Kimberley Kitching are also in this silly association — who have named themselves after a film about a gang of teenagers who fought off an invasion by the former Soviet Union all on their own. Wilson does have his fantasies, of that you can be sure. Vladimir Putin does inspire people.

That august journal from the Murdoch stable, the Herald Sun, published a wonderful illustration (below) of these juveniles. It reminds me of the time when my then six-year-old son used to dress up as Batman and jump out at me, wielding a "sword". 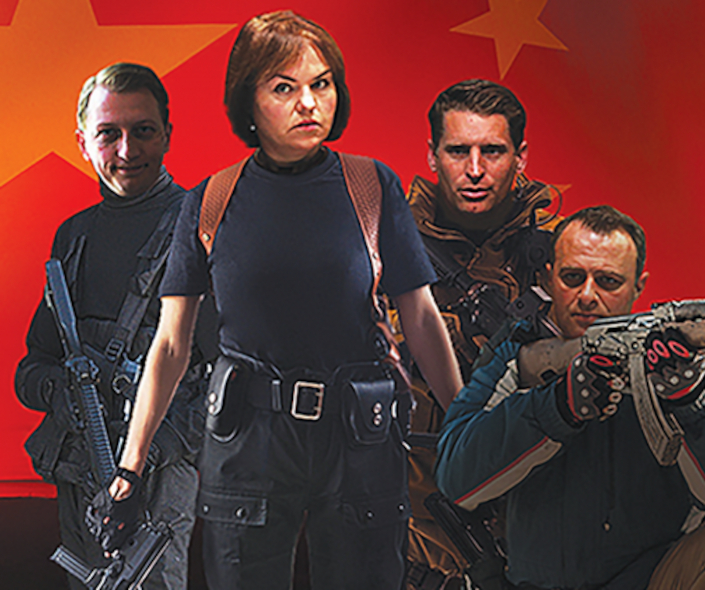 We all have our little delusions. When will politicians like this grow up? Courtesy Herald Sun

In 2012, when Wilson betook himself to Shenzhen, Australia had already instituted a ban on the use of Huawei equipment for the national broadband network. The company was trying to influence opinion the other way as all big businesses do.

The AFR said the five-day trip took Wilson to several swanky Chinese restaurants where he sampled all the goodness that the country has to offer in a number of cities where he could press the flesh and also eat it, For backup, he had his boss, John Roskam, another prominent anti-Huawei campaigner these days. Did someone mention chamaeleons?

The newspaper's Rear Window columnist Myriam Robin, who certainly seems to have some acid on the keyboard she uses, quoted an insider as saying: "Tim certainly seemed to enjoy the trip to China with us and he did not seem to think that we were run by the Chinese Communist Party back then. He was actually rather sympathetic to us for being wrongly banned from the NBN by the Gillard government.”

But Wilson wasn't the only Liberal Party sympathiser sampling Huawei's hospitality. Alexander "Fishnet Stockings" Downer, the man who loves oil from East Timor, the man who was so fond of selling wheat to the late Saddam Hussein, and one who is often considered royalty from Adelaide, was on the company's dime too as a director. Alexander, we're told, is now singing from a different songsheet.

To cap it all, the toff from Wentworth, current best mate of the CIA, Malcolm Turnbull, the man who can do no wrong, the technology know-all who gave Australia its mushroom technology mix network aka the MTM network, also went to Shenzhen to visit Satan's Lair. The only difference was that he paid his own expenses.

More in this category: « ASPI wants a clean Internet. Will washing with tap water do the trick? Queensland says COVIDSafe app has not caught even one infection »
Share News tips for the iTWire Journalists? Your tip will be anonymous