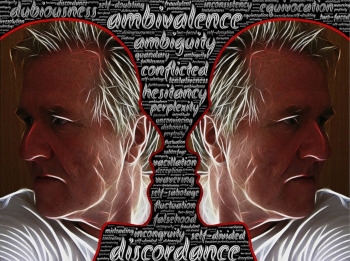 The Australian Labor Party is extremely good at brinkmanship – waiting until the very last moment and then bending over backwards to comply with the demands of the government of the day. Where security matters are concerned, the tendency to have a backbone made of jelly is even more pronounced.

That's why it is imperative that the party come out and openly says whether or not it backs the encryption bill, a document from which anyone who has any understanding of encryption has shied away.

There are the usual parties who would not normally support the bill. But this bill is so silly, that the Internet Architecture Board, a body that never enters into such debates, took the unusual step of making a submission on the Telecommunications and Other Legislation Amendment (Assistance and Access) Bill 2018 that was released on 14 August.

"This approach, [the government's bill] if applied generally, would result in the Internet’s privacy and security being the lowest common denominator permitted by the actions taken in myriad judicial contexts," its submission said.

"...this approach drastically reduces trust in critical Internet infrastructure and affects the long-term health and viability of the Internet."

The Labor method, seen many times before, is to call for "a considered approach" and then, after extracting some minor concession, trumpet that it has saved the world and vote for the bill.

This time, that kind of duplicity will not cut it. This is a law that will have enormous unintended consequences and Labor should seriously consider whether it wants to have a bet each way as is its normal approach.

The Greens have come out forcefully against the bill, but one always argue that they are not a contender as an alternative government and, hence, can take any stand they wish.

Australia now has a massive number of draconian security laws, none of which make the country any safer, all of which were rammed through by Coalition Governments who used the bogey of "national security" to frighten the bejesus out of Labor and cow them into supporting legislation.

Labor can co-operate with the Greens and the minor parties in the Senate and put paid to Home Affairs Minister Peter Dutton's wet dream. Just today, Labor has uttered its first, entirely predictable reaction to the introduction of the bill in parliament, deeming it to have been brought in in undue haste.

Dragging out the process is of little use. This bill is rank stupid and the consequences for any country that has legislation like it in place will be monumental, both in terms of cost and also in terms of unnecessarily tangled legal processes.

It may look all neat and clean on paper but the technical implications are long-lasting and extremely complicated. Law enforcement agencies will never stop asking for more and more laws; that's the figleaf that they use to mask their own inefficiency.

Labor should refuse to be blackmailed by these agencies who already have more than enough power to keep the country safe. There's an old Indian saying: "Never put a matchbox in the hands of a monkey." Passing this bill law would be the exact equivalent of that.

More in this category: « PageUp People's ASX plans must be in cold storage After Linus Torvalds, SJWs are now coming for Ted Ts'o »
Share News tips for the iTWire Journalists? Your tip will be anonymous