Govt, Labor will never learn from mistakes of the past 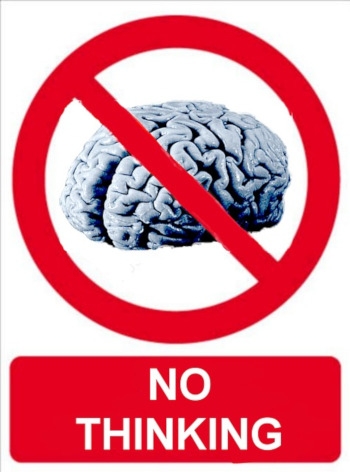 Image by stuart hampton from Pixabay

Both the Federal Government and the Opposition want a law against social media to pass in a hurry so that they can brandish it during the election campaign and style themselves as firm, decisive entities that act against tech companies when needed.

Under the proposed law, an individual can be jailed if their social media service or online platform "recklessly" provides access to or hosts offending material and they do not "expeditiously" take it down, according to  The Age. How the words "reckless" and "expeditiously" are defined is anyone's guess.

A company could be docked up to 10% of annual global turnover, with a jury to determine whether it acted fast enough or not in taking down offensive content.

The government, apparently, has not learnt a thing from its NBN disaster or its encryption law fiasco. The simple lesson that even a two-year-old would have absorbed would have been: don't mess with technology when you have no idea what you are doing.

Labor hasn't learnt a thing either. It passed the encryption law in December, fearing that terrorists would strike during the festive time of the year, and submitted to the government's scare campaign. And now it wants to use the social media laws for the same purpose as the government.

The person who coined the line, "fools rush in where angels fear to tread", was indeed someone with foresight.

Reading through some of the statements made by the Attorney-General Christian Porter — one of the many politicians in Canberra who loves to declaim at length when he has absolutely no idea what he is talking about — about the websites 8chan and 4chan, show that he has as much clue about online regulation as I do about building a moon rocket.

He is quoted as saying that both sites hosted versions of the massacre video from the Christchurch mosque. "8chan in this instance received a request to take the material down from the New Zealand government and they just flat out refused," Porter said.

This is really stupid. In what way does the New Zealand Government have jurisdiction over 8chan? The site is hosted by a provider in some other country and only that country has authority over it.

I'm no supporter of the type of content that 4chan and 8chan publish, but then there is no point in politicising the Christchurch massacre. If a law is passed, then it should be done after due consideration so that it serves the purpose it is meant to serve.

So what is the point of passing a law and flexing your muscles? Well, as I mentioned before, you can boast about it to people who know less than you about online regulation during the election campaign. Prime Minister Scott Morrison, a marketing man to the core, knows this.

Labor has put the country in trouble's way time and again by refusing to stand up when silly laws are proposed. It just bends over to keep the security agencies happy – and also to ensure that the government cannot wedge it on the issue. But this social media law is just plain silly. It is Utopian in its ambition and will achieve precisely nothing.

Porter won't be around in the attorney-general's chair the next time there is an incident where offensive content is published online by any site, so he probably isn't too bothered as long as the politics are right. Dreyfus will probably be there, but he is very good with words that help him and Labor to avoid responsibility.

He ensured that the encryption bill became law. And he is about to do something as stupid today.

More in this category: « Govt hosting strategy: duplication by the gallon and done in a hurry Wall Street Journal needs to get its digital act in order »
Share News tips for the iTWire Journalists? Your tip will be anonymous